Dr. Myung-Jin Rhim, Bachelor, Master, and Ph.D of KAIST, has been selected to receive 2007 Outstanding Young Engineer Award by the Institute of Electrical and Electronics Engineers (IEEE) Components, Packaging, and Manufacturing Technology (CPMT) Society. Dr. Rhim will be the first Korean winner of the award.

Dr. Rhim received his Ph.D of Materials Science & Engineering at KAIST in 2001 and has made outstanding research outputs, such as 28 papers at international journals covered by Science Citation Index (SCI) and 12 international patents. He has been also listed in Marquis Who’s Who in the World, Who’s Who of Emerging Leaders, Who’s Who in Asia, and Outstanding Intellectual of the 21st Century, 21st Century Award for Achievement published by the International Biographical Centre of Cambridge, England.

IEEE CPMT Society has yearly awarded the Outstanding Young Engineer Award to a scientist or engineer of electronic components, packaging, and manufacturing technology prior to his or her 35th birthday in recognition of his or her research achievements. Dr. Rhim is now in his postdoctoral program at Georgia Institute of Technology in USA. 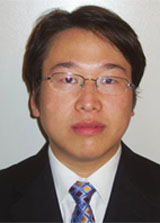