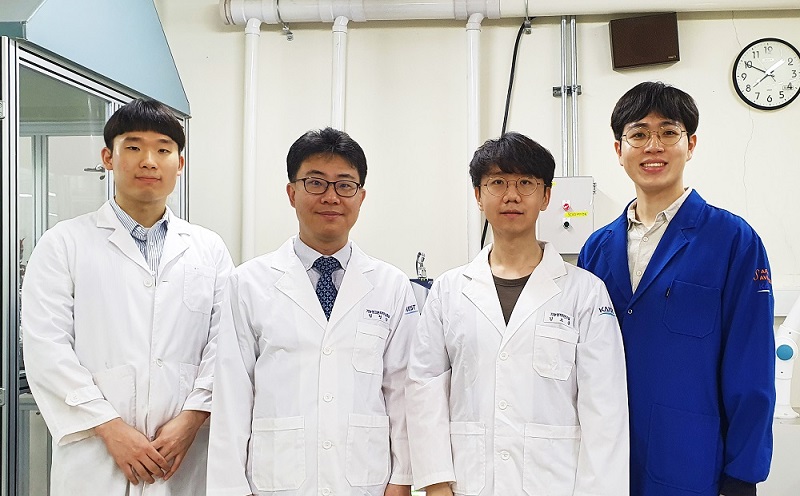 Researchers reported a novel technology enhancing the high transparency of refractive polymer film via a one-step vapor deposition process. The sulfur-containing polymer (SCP) film produced by Professor Sung Gap Im’s research team at KAIST’s Department of Chemical and Biomolecular Engineering has exhibited excellent environmental stability and chemical resistance, which is highly desirable for its application in long-term optical device applications. The high refractive index exceeding 1.9 while being fully transparent in the entire visible range will help expand the applications of optoelectronic devices.

The refractive index is a ratio of the speed of light in a vacuum to the phase velocity of light in a material, used as a measure of how much the path of light is bent when passing through a material. With the miniaturization of various optical parts used in mobile devices and imaging, demand has been rapidly growing for high refractive index transparent materials that induce more light refraction with a thin film.

As polymers have outstanding physical properties and can be easily processed in various forms, they are widely used in a variety of applications such as plastic eyeglass lenses. However, there have been very few polymers developed so far with a refractive index exceeding 1.75, and existing high refractive index polymers require costly materials and complicated manufacturing processes.

Above all, core technologies for producing such materials have been dominated by Japanese companies, causing long-standing challenges for Korean manufacturers. Securing a stable supply of high-performance, high refractive index materials is crucial for the production of optical devices that are lighter, more affordable, and can be freely manipulated.

The team focused on the fact that elemental sulfur is easily sublimated to produce a high refractive index polymer by polymerizing the vaporized sulfur with a variety of substances. This method suppresses the formation of overly long S-S chains while achieving outstanding thermal stability in high sulfur concentrations and generating transparent non-crystalline polymers across the entire visible spectrum.

Due to the characteristics of the vapor phase process, the high refractive index thin film can be coated not just on silicon wafers or glass substrates, but on a wide range of textured surfaces as well. We believe this thin film polymer is the first to have achieved an ultrahigh refractive index exceeding 1.9.

Professor Im said, “This high-performance polymer film can be created in a simple one-step manner, which is highly advantageous in the synthesis of SCPs with a high refractive index. This will serve as a platform material for future high-end optical device applications.”