Zeungnam Bien, a professor of Electrical Engineering, has been named a Fuzzy Fellow of the International Fuzzy Systems Association (IFSA).

IFSA Fuzzy Fellows are named by the Fuzzy Fellows Committee based on the degree of technical contributions to the fuzzy set and its relevant fields and the degree of contribution for the establishment of fundaments in the field of advanced applied technologies development and fuzzy fields. IFSA has named total 36 fellows since its first one at the world congress in Prague in 1997.

Professor Bien has worked as the chairman of the IFSA and will be officially named a Fuzzy Fellowship at the IFSA World Congress at Cancun, Mexico in June. 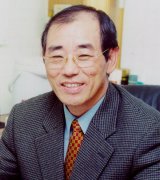