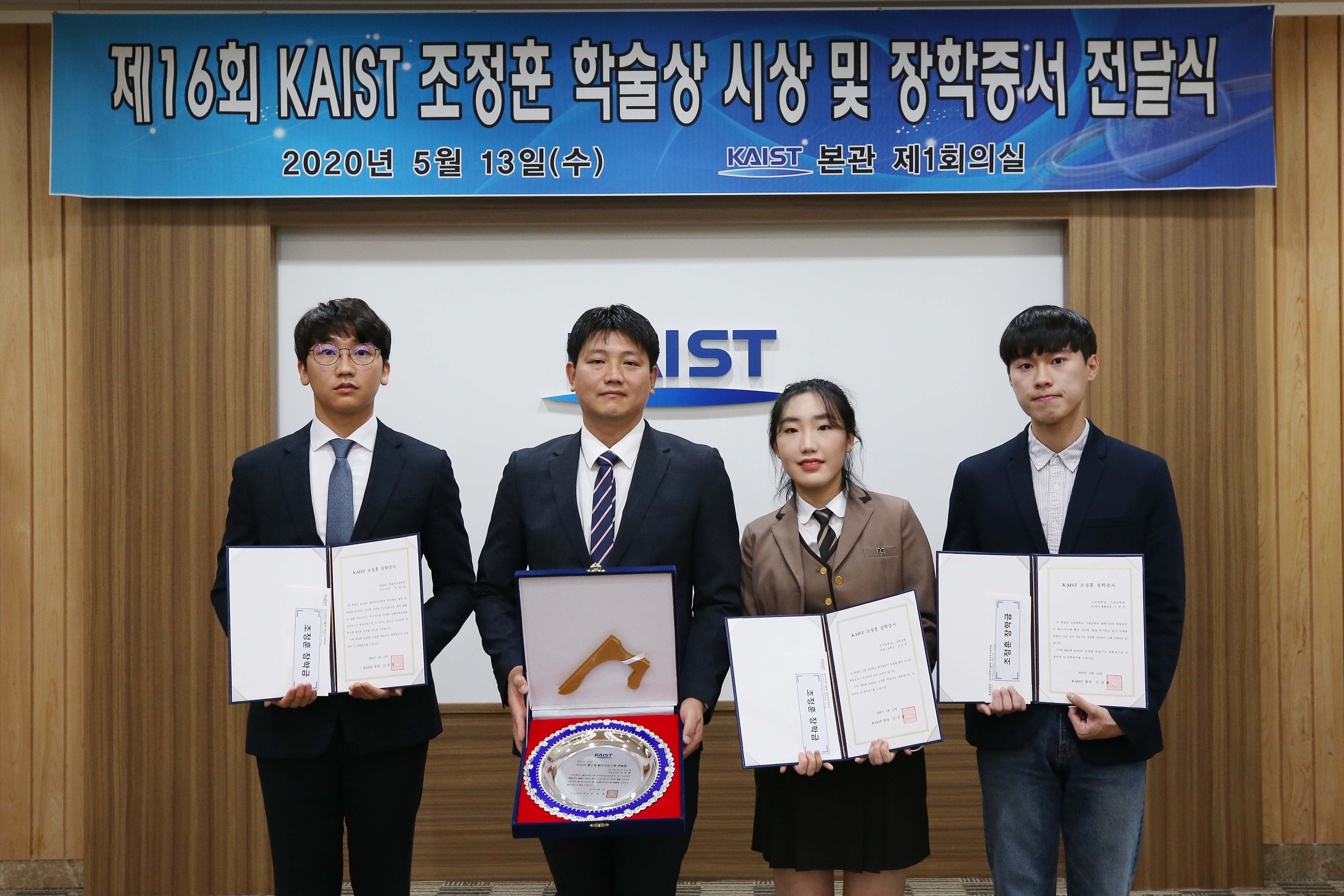 Dr. Dong-Hyun Cho, a senior researcher at the Korea Aerospace Research Institute (KARI), was honored as the recipient of the 16th Jeong Hun Cho Award. The award recognizes young scientists in the field of aerospace engineering.

Dr. Cho earned his MS and PhD degrees from the KAIST Department of Aerospace Engineering in 2012, and served as a researcher at the Satellite Technology Research Center (SaTReC) at KAIST, before joining the Future Convergence Research Division at KARI. He won this year’s award and received 25 million KRW in prize money.

Jeong Hun Cho, who was a PhD candidate in the Department of Aerospace Engineering at KAIST, passed away in a tragic lab accident in May 2003 and was awarded an honorary doctorate posthumously. His family endowed the award and scholarship in his memory. Since 2005, the scholarship has selected three young scholars every year who specialize in aerospace engineering from Cho’s alma maters of KAIST, Korea University, and Kongju National University High School.

Dr. Dong-Hyun Cho was selected as this year’s awardee in recognition of his studies on the development and operation of KARISMA, a comprehensive software package for space debris collision risk management. Dr. Cho built a terrestrial testbed and produced a model for the development of a space debris elimination algorithm. He published six papers in SCI-level journals and wrote 35 symposium papers in the field of space development. He also applied or registered approximately 40 patents both in Korea and internationally.