Seo was the first to receive this prize ever since the Human Tech Paper Award was established 22 years ago. Until last year, the highest prize awarded for KAIST was a gold one.

The “Human Tech Paper Award” was established in 1994 by Samsung Electronics to discover and support outstanding scientists in the field of electrical engineering.

This technology uses the speed changes of aorta and the abdominal movements of body to obtain the phase changes of magnetic resonance signals so that MRIs may be taken despite the organs’ movements.

Seo commented on his research, “I wanted to develop a technique that can make MRI a more comfortable experience. I will continue my research on this subject and hope to serve the needs of the society.”

In addition, the “Special Award,” which is given to schools, was awarded to KAIST. KAIST’s Department of Electrical Engineering has also been named the department that has received the second most awards (15 awards) this year. 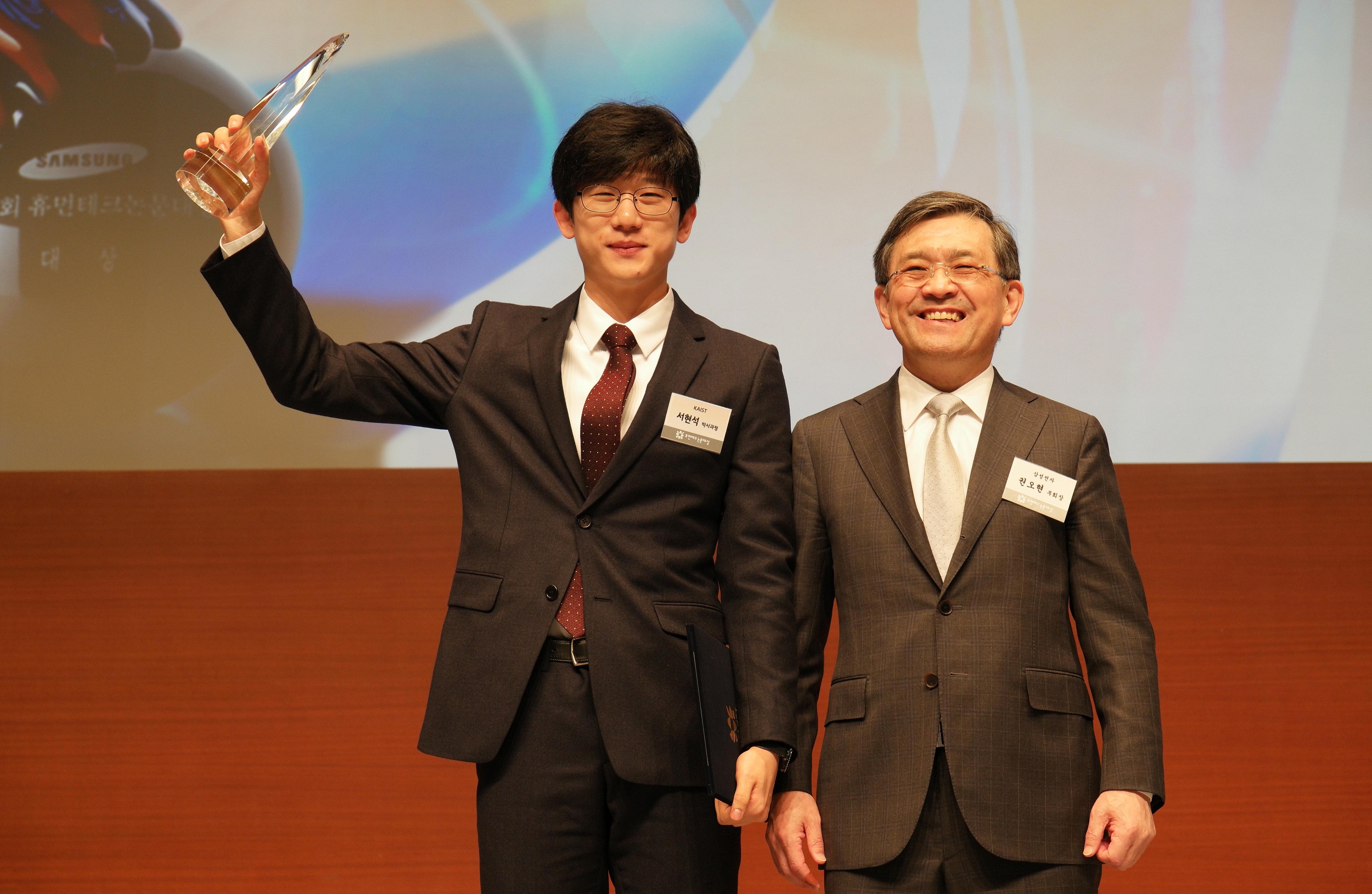