Professor Kyung-Won Chung of the Industrial Design Department at KAIST took one of the four First Place Design Value Awards. The award ceremony was held on September 28, 2015, at the Royal Sonesta Hotel in Boston.

DMI is an international organization that has actively advocated for the strategic value of design, sponsoring research, publishing academic papers, connecting members across disciplines and the globe, and sharing best design practices.

Commemorating its 40th anniversary, DMI created the inaugural Design Value Awards this year, which honors the contributions of design teams who have delivered significant value through design or design management practices.

There were four categories of the awards: first, second, and third prize, and Honorable Mention. The first place had four winners; both the second and third took two winners each. The honorable mention included three awardees.

The award noted Professor Chung's contributions to the development of design management theory and practices in Korea and his dedication to elevate KAIST’s industrial design department to one of the 30 leading design institutions in the world during his 30-year career at the university.

“I am greatly honored to receive such a significant award, the equivalent of the Academy Awards in the field of design. I hope this award will encourage the further development of the Korean design industry to lead the global design community.”

He has served in various important positions in public and private organizations, including as the president of the Korea Institute of Design Promotion, Vice Mayor of Design for the City of Seoul, Advisor to the Design Division of Samsung Electronics, and a member of organizing committee of the International Council of Societies of Industrial Design. 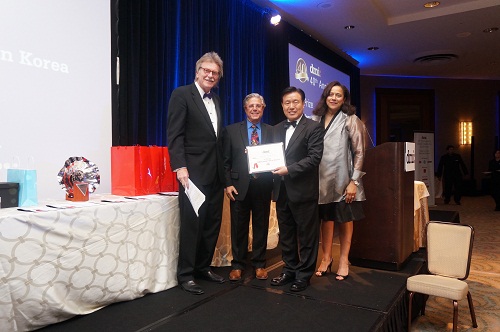