Courtesy of the Acoustical Society of America (ASA)

Melville (NY), 8 October 2015—Yang-Hann Kim, Professor at KAIST (Korea Advanced Institute of Science and Technology), Daejeon, has been named recipient of the Acoustical Society of America (ASA) Rossing Prize in Acoustics Education. The Rossing Prize is awarded to an individual who has made significant contributions toward furthering acoustics education through distinguished teaching, creation of educational materials, textbook writing and other activities. The Prize will be presented at the 170th meeting of the ASA on 4 November 2015 in Jacksonville, Florida.

“It is my great honor to receive the Rossing Prize, which has been given to outstanding scholar members of ASA since 2003. I never dreamed to be one of them.” said Kim. “I must express my deep respect and love to my friend Thomas Rossing: I have known him more than 20 years, always respect what he has done for teaching, writing books, and pioneering work in musical acoustics.”

Yang-Hann Kim is a Fellow of the Acoustical Society of America. He received a Ph.D. from the Massachusetts Institute of Technology. His main research interests in acoustics began with “sound visualization” resulted in the development of the “sound camera” which makes any sound visible instantly. Then he moved to “sound manipulation.” Using his manipulation technology, one can move any sound in space and time, positioning sound, and can create a private sound zone. Sound Visualization and Manipulation, (Wiley, 2013), summarizes these two fields. Dr. Kim’s textbook, Sound Propagation: An Impedance Based Approach (John Wiley and Sons, 2010), is well acknowledged by the associated professional communities as one of best acoustics textbooks. Using his teaching experience at KAIST, he created a YouTube lecture on acoustics and vibration which is also available in MOOC (Massive Open Online Course). He has also presented lectures to over 500 engineers and technicians for the past 30 years.

The Acoustical Society of America (ASA) is the premier international scientific society in acoustics devoted to the science and technology of sound. Its 7000 members worldwide represent a broad spectrum of the study of acoustics. ASA publications include the Journal of the Acoustical Society of America—the world’s leading journal on acoustics, Acoustics Today magazine, books, and standards on acoustics. The Society also holds two major scientific meetings per year. For more information about the Society visit our website, www.acousticalsociety.org. 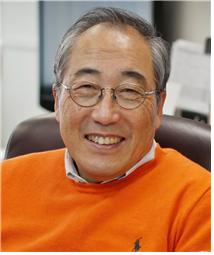