The Korean-American Scientists and Engineers Association (KSEA), a non-profit Korean professional organization based in the United States with over 6,000 registered members, bestowed upon President Steve Kang of KAIST the 2015 Outstanding Contribution Award.

The award is presented to a person who has made significant contributions to the development of KSEA.

The award ceremony took place during the 2015 US-Korea Conference on Science, Technology, and Entrepreneurship (UKC), which was held on July 30, 2015, at the Hyatt Regency Hotel in Atlanta, Georgia.

The UKC is the flagship conference of KSEA, which takes place every year, and covers science, engineering, technology, industry, entrepreneurship, and leadership. It attracts more than 1,200 participants from the US and Korea. The UKC 2015 was held on July 29-August 1, 2015.

President Kang has participated in UKC conferences over the past few years as a plenary speaker, addressing major issues in science and technology for both nations, and provided generous support for the activities of UKC and KSEA. He also promoted discussions and exchanges of professional knowledge in his field, microelectronics, by organizing fora and symposia.

He addressed the UKC 2015 as a plenary speaker with a speech entitled “Pursuing Excellence with a Servant’s Heart.” President Kang said that good leadership should bring out synergistic contributions from all constituents and achieve excellence under all circumstances. He mentioned one example of good leadership, known as humble leadership, and explained how such leadership played an important role in the development of scientific breakthroughs, such as the world’s premier high-end microprocessor chip sets first produced by his team under extremely high pressure. 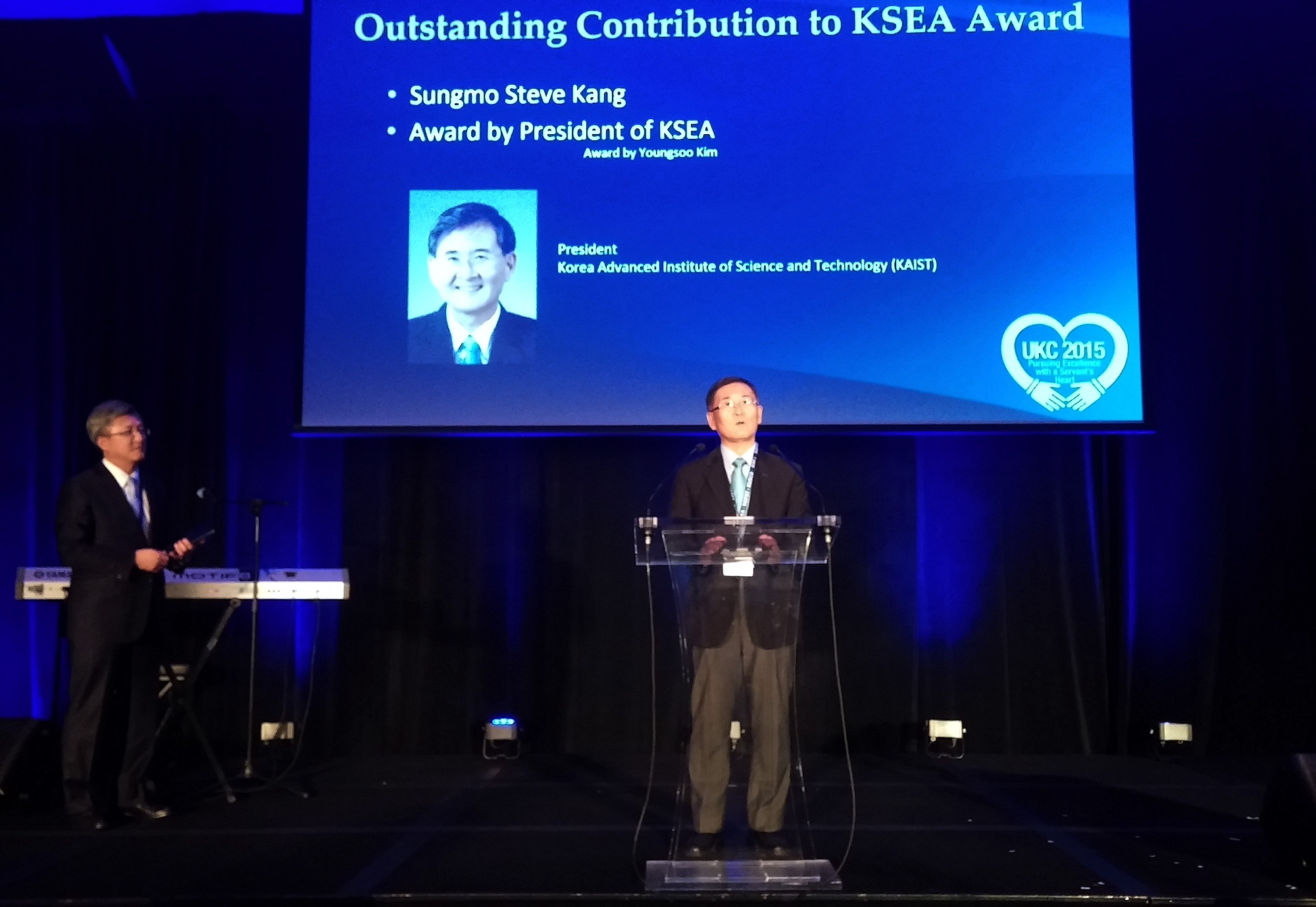