In the wake of the spread of the Middle East Respiratory Syndrome (MERS), sales of immune-enhancing products in Korea such as red and white ginseng have risen dramatically. Ginseng is one of Korea’s major health supplement it exports, but due to the lack of precise scientific knowledge of its mechanism, sales of ginseng account for less than 2% of the global market share.

The Genetic Donguibogam Research Project represents a group of research initiatives to study genes and environmental factors that contribute to diseases and to discover alternative treatments through Eastern medicine. The project is being led by KAIST’s Department of Bio & Brain Engineering Professor Do-Heon Lee.

Professor Lee and Chief Executive Officer Young-Hyo Yoo of Green Cross Corporation HS, a Korean pharmaceutical company, signed a memorandum of understanding (MOU), as well as a non-disclosure agreement (NDA) to develop a naturally derived drug with an enhanced ginsenoside, pharmacological compounds of ginseng, for the global market entry of BST204 on June 10, 2015.

Donguibogam is the traditional Korean source for the principles and practice of Eastern medicine, which was compiled by the royal physician Heo Jun and first published in 1613 during the Joseon Dynasty of Korea.

Cooperating with Green Cross Co., HS, KAIST researchers will use a multi-component, multi-target (MCMT)-based development platform to produce the new natural drug, BST204. This cooperation is expected to assist the entry of the drug into the European market.

Green Cross Co., HS has applied a bio-conversion technique to ginseng to develop BST204, which is a drug with enhanced active constituent of aginsenosides. The drug is the first produced by any Korean pharmaceutical company to complete the first phase of clinical trials in Germany and is about to start the second phase of trials.

Professor Do-Heon Lee, the Director of the project said, “Genetic Donguibogam Research Project seeks to create new innovative healthcare material for the future using integrated fundamental technologies such as virtual human body computer modelling and multi-omics to explain the mechanism in which natural ingredients affect the human body.” He continued, “Especially, by employing the virtual human body computer modelling, we can develop an innovative new technology that will greatly assist Korean pharmaceutical industry and make it the platform technology in entering global markets.”

Young-Hyo Yoo, the CEO of Green Cross Co., HS, said, “For a new naturally derived drug to be acknowledged in the global market, such as Europe and the US, its mechanism, as well as its effectiveness and safety, should be proven. However, it is difficult and costly to explain the mechanism in which the complex composition of a natural substance influences the body. Innovative technology is needed to solve this problem.” 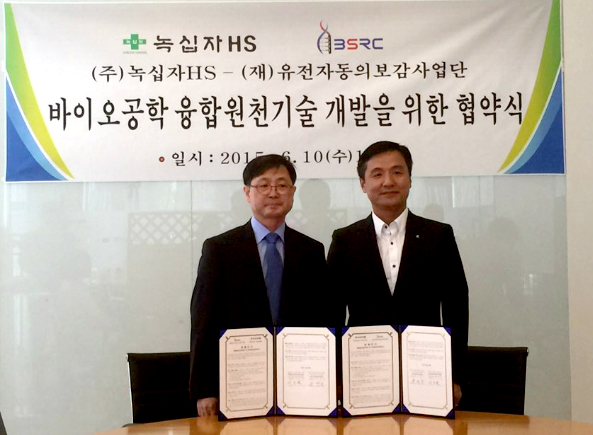