The government of the Republic of Korea named Professor Sang-Yup Lee of the Department of Chemical and Bio-molecular Engineering at KAIST as the fiftieth recipient of the Order of Service Merit Red Stripes on May 19, 2015.

This medal is awarded to government employees, officials, and teachers in recognition of their contributions to public services including education.

Professor Lee is regarded as a leading scientist in the field of metabolic engineering, genomics, proteomics, metabolomics, and bioinformatics on microorganism producing various primary and secondary metabolites. He contributed significantly to the advancement of bio-based engineering research in Korea.

Professor Lee said, “I’m glad to contribute to the development of Korean science and technology as a researcher and teacher. I would like to share this honor with my students, master’s and doctoral students in particular, because without their support, it wouldn’t have been possible to pull off the highest level of research results recognized by this medal.” 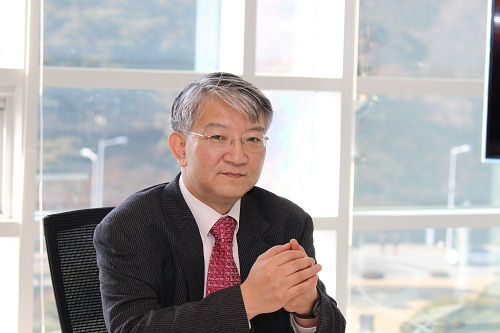