Professor Duck-Joo Lee of the Department of Aerospace Engineering at KAIST was elected to become the first Korean vice president of the American Helicopter Society (AHS). He will serve a two-year term, starting this July, and his responsibilities will cover Asia, Australia, and Russia.

AHS, established in 1943, is the biggest association in the field with 6,800 members. The society is intended to advance helicopter technology and vertical take-off and landing (VTOL) in airplane technology.

The AHS’s board of directors consists of thirty experts in rotorcrafts, including the president of Sikorsky Aircraft Corporation, a renowned American helicopter manufacturing company.

Professor Lee started his career as a researcher in NASA Ames Research Center in the United States, and is now an acknowledged scholar in the field of aircraft jet engines and helicopter Aero-Acoustics. He also worked as the Assistant Editor-in-Chief of Journal of the American Helicopter Society, the President of the first Asia-Australia Rotorcraft Forum, and the leader of National Task Force Team of Korean Military and Civil Helicopter. 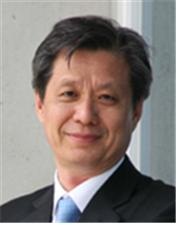