Professor Seungwon Shin of the Electrical Engineering School at KAIST and his research team won the Best Software Defined Networking (SDN) Solution Showcase Award hosted by the SDN World Congress, one of the biggest network summits held in Europe with over 2,000 participants. This year the conference took place in The Hague, the Netherlands, October 10-14, 2016.

SDN is an approach to computer networking that allows network administrators to respond quickly to changing business requirements via a centralized control console and to support the dynamic, scalable computing and storage needs of more modern computing environments such as data centers.

Collaborating with researchers from Queen’s University in the United Kingdom and Huawei, a global information and communications technology solutions provider in China, Professor Shin’s team, which is led by doctoral students Seungsoo Lee, Changhoon Yoon, and Jaehyun Nam, implemented a SDN security project called “DELTA.” ATTORESEARCH, a Korean SDN architecture and applications provider, conducted testing and verification for the project.

DELTA is a new SDN security evaluation framework with two main functions. It can automatically recognize attack cases against SDN elements across diverse environments and can assist in identifying unknown security problems within a SDN deployment.

Specifically, the project aimes to defense attacks against OpenFlow protocol, one of the first SDN standards; SDN controllers, a network operating system that is based on protocols; and network switch devices that use OpenFlow protocol.

The DELTA project was registered with the Open Networking Foundation, a user-driven organization dedicated to the promotion and adoption of SDN through open standards development, as an open source SDN security evaluation tool. This project is the only open source SDN which has been led by Korean researchers.

The SDN World Congress 2016 recognized the need for and importance of the DELTA project by conferring upon it the Best Solution Showcase Award. The Open Networking Foundation also widely publicized this award news.

“In recent years, SDN has been attracting a large amount of interest as an emerging technology, but there still have not many SDN projects in Korea. This award acknowledges the advancement of Korean SDN technology, showing the potential for Korea to become a leader in SDN research.” 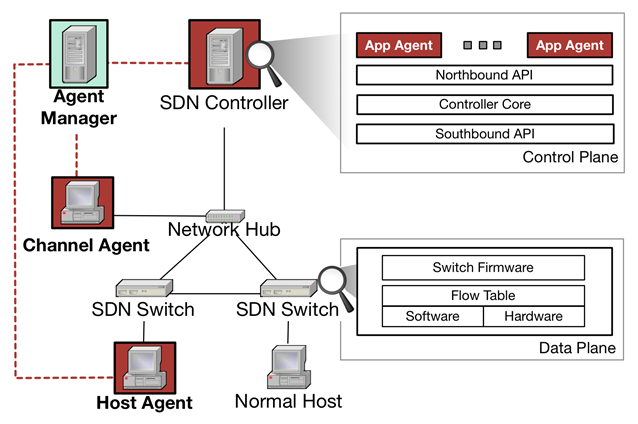