Professor Kwang-Hyun Cho of KAIST’s Department of Bio and Brain Engineering received the “Scientist of the Month” award in February 2015 from the Ministry of Science, ICT, and Future Planning of the Republic of Korea and the National Research Foundation of Korea. The award was in recognition of Professor Cho’s contribution to the advanced technique of controlling the death of cancer cells based on systems biology, a convergence research in information technology (IT) and biotechnology.

Professor Cho has published around 140 articles in international journals, including 34 papers in renowned science journals such as Nature, Science, and Cell in the past three years. His work also includes systems biology textbooks and many entries in international academic encyclopaedia.

His field, systems biology, is a new biological research paradigm that identifies and controls the fundamental principles of organisms on a systems level.

A well-known tumour suppressor protein, p53, is known to suppress abnormal cell growth and promote apoptosis of can cells, and thus was a focus of research by many scientists, but its effect has been insignificant and brought many side effects. This was due to the complex function of p53 that controls various positive and negative feedbacks. Therefore, there was a limit to understanding the protein with the existing biological approach.

However, Professor Cho found the kinetic change and function of p53 via a systems biology approach. By applying IT technology to complex biological networks, he also identified the response to stress and the survival and death signal transduction pathways of cardiomyocytes and developed new control methods for cancer cells.

Professor Cho said, “This award served as a momentum to turn over a new leaf.” He added, “I hope convergence research such as my field will bring more innovative ideas on the boundaries of academia.” 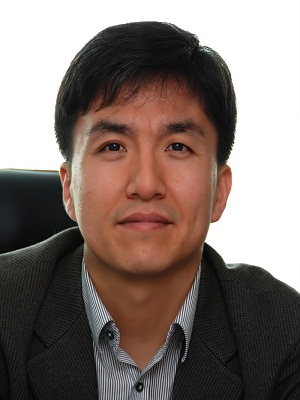