KAIST announced that it has named Chair Professor Eunjoon Kim of the Department of Biological Sciences as its “Person of the Year 2014.” The award ceremony took place at the auditorium on campus on January 5, 2014.

Established in 2001, the award has been presented to a KAIST faculty member who has made great achievements in research and education, thereby contributing to the advancement of KAIST.

Professor Kim was the first to identify the mechanism of synapse formation between neurons during his post-doctoral program at Harvard Medical School in 1995. The research was published in Nature.

In 2011, Professor Kim discovered that the lack of protein GIT1, a neuronal synapse in the brain, caused ADHD (Attention Deficit Hyperactivity Disorder). He is widely recognized for his work concerning synapse proteins and brain disease related research that set the foundation for future medical developments.

In his award speech, Professor Kim said, “Whenever a research finding concerning a new drug therapy or research is published, I receive many inquiries from the parents of children with ADHD or autism. As a scientist, I would like to focus my research ultimately to help those in pain, rather than just pursuing research excellence or reputation.” 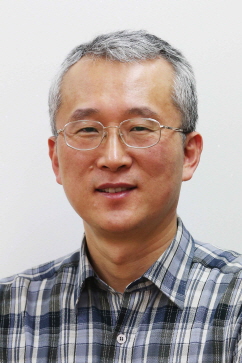