KAIST's Advanced Biomass R&D Center and ToolGen will cooperate​
View : 6960 Date : 2014-09-03 Writer : ed_news
The Advanced Biomass R&D Center (ABC) at KAIST and ToolGen, Inc., a Korean biotechnology company focused on the development of engineered nucleases that can be used as essential tools for editing genetic information in microbial, plant, animal, and human cells, signed a memorandum of understanding (MOU) on August 18, 2014 for technology exchange and research collaboration.
ABC is headed by Executive Director Ji-Won Yang, a professor emeritus at the Department of Chemical and Biomolecular Engineering, and Chief Executive Officer Jong-Moon Kim for ToolGen.
The newly signed MOU encourages collaborations in the following areas:
- Development of genome editing technology for microalgae modification
- Development of microalgae that increases biofuel production through the
application of genome editing technology
- Creation of education and training programs for researchers
- Collaboration in other areas
In addition, the two organizations decided to cooperate in the improvement of biofuel yields using ToolGen’s genome editing technology, the commercialization of research outcomes, and the development of eco-friendly biofuels from biomass.
Executive Director Yang commented that “improving biofuel production is crucial to accelerate the commercialization of biofuels, and collaborating with ToolGen will help us realize that goal.” He further said that “The importance of this MOU lies in the fact that the global chemical industry including Korea has been making substantial efforts to shift its attention from a fossil fuel-based development to a more bio-based technology.”
Jin-Soo Kim, the director of the Genome Editing Research Center at the Institute of Basic Sciences in Korea and the cofounder of ToolGen, added that “ToolGen has successfully commercialized its third generation genetic scissors, which shows a lot of promise for commercialization. Our collaboration with KAIST will serve as the driving force to create new industries and accordingly, new jobs.” 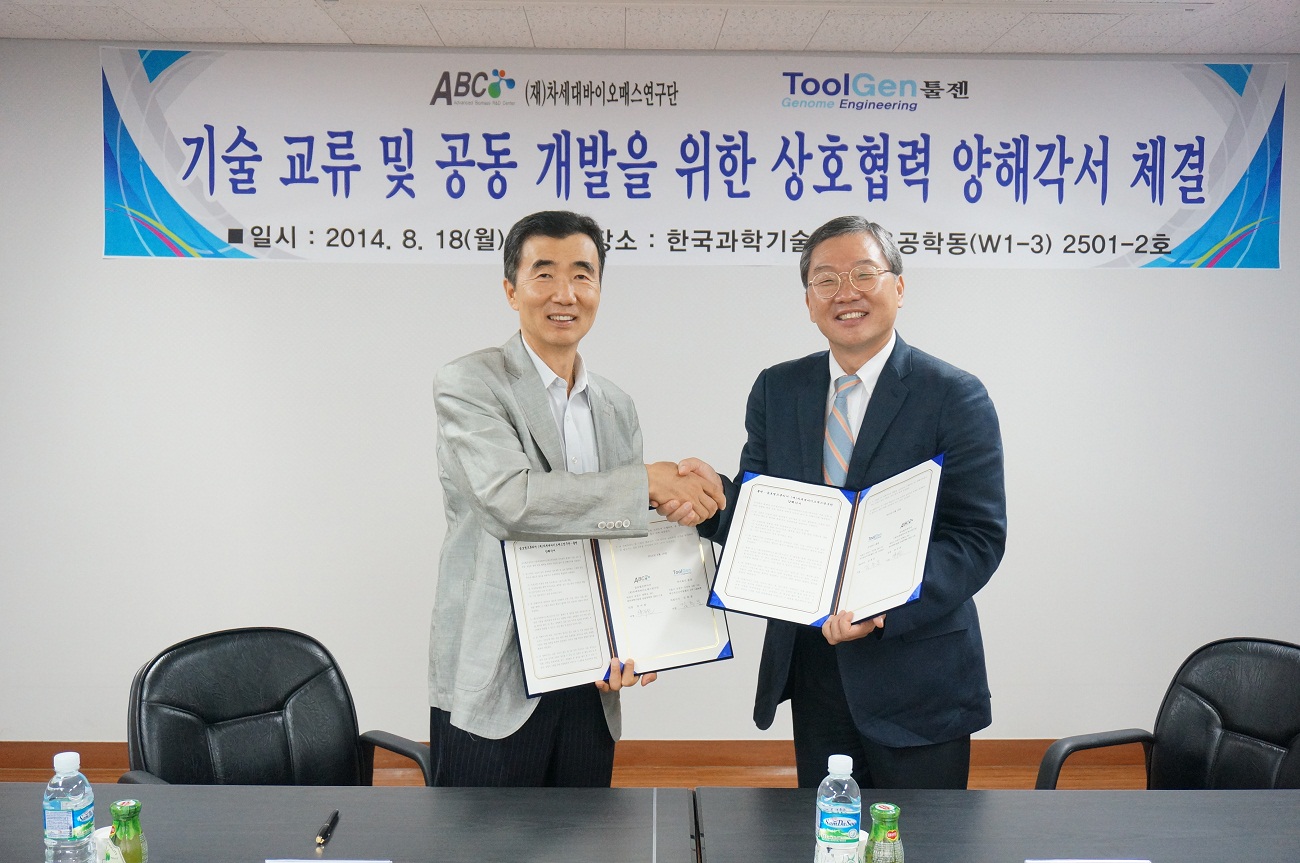