Sir Paul Maxime Nurse, who is an English geneticist and cell biologist, visited KAIST and gave a lecture entitled The Great Ideas of Biology on March 11, 2014.

Sir Paul was awarded the 2001 Nobel Prize in Physiology or Medicine with Leland H. Hartwell and R. Timothy Hunt for their discoveries of protein molecules that control the division of cells in the cell cycle.

Founded in London in 1660, the Royal Society is composed of the world’s most distinguished scientists drawn from all areas of science, engineering, and medicine.

Below is a summary of his lecture, The Great Ideas of Biology:

Four major ideas of biology are the theory of genes, evolution by natural selection, the proposal that the cell is the fundamental unit of all life, and the chemical composition of a cell.

When considering the question “what is life?” these ideas come together. The special way cells reproduce provides the conditions by which natural selection takes place, allowing living organisms to evolve. The organization of chemistry within the cell provides explanations for life’s phenomena.

In addition, an emerging idea is the nature of biological self-organization with which living cells and organisms process information and acquire specific forms. These great ideas have influenced one another and changed the way we perceive biology and science today. 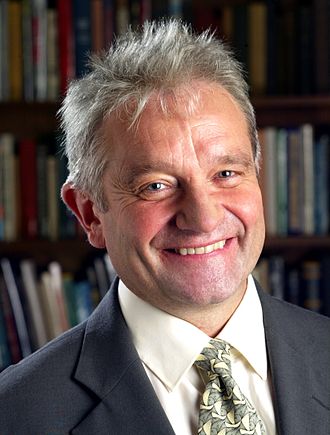