Seung-Han Lee, a doctoral candidate in the department of electrical engineering at KAIST, received a Best Paper Award from the International Symposium on Quality Electronic Design (ISQED), a high-profile international conference started in 2000 to promote innovation and quality in electronic and engineering designs through inter- and multidisciplinary approaches. The award ceremony will take place at the 2014 ISQED on March 3-5, 2014 at the Convention Center in Santa Clara, CA, USA.

Professor Chong-Min Kyung, an advisor to Seung-Han, expressed his excitement about his student's achievement.

“This is the first time a Korean has ever received the best paper award at this academic conference. It’s great news to our student as well as to KAIST.” 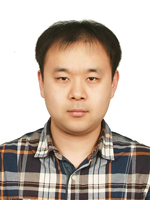