KAIST hosted the 2013 Intelligent System on Chip (SoC) Robot War, the largest intelligent robot contest in Korea, from Oct. 24 to 27 at KINTEX in Ilsan, Korea.

Professor Hoi-Jun Yoo, from the Department of Electrical Engineering at KAIST, started the contest in 2003 to promote Taekwondo, a Korean martial art, and Korean semiconductor technology to the world.

The winning team was awarded an honorary certificate from Kookiwon, the world headquarters of Taekwondo.

In the Huro Competition, intelligent humanoid robots competed in detecting and passing huddles.

Approximately 550 participants from 107 groups applied for the 12th Intelligent SoC Robot War and 22 groups were selected for the final tournament. The best teams in each category received an award from the president and prime minister of the Republic of Korea, respectively.

Professor Yoo, the operating chair of the contest, said, “The contest was organized to introduce both technology and tradition by presenting robots with Taekwondo skills. The experiences from this contest could be the foundation for future robot technology and the growth engine for the next generation.”

Professor Yoo is a leading researcher in the field of object recognition chip, and his papers were often presented at the International Solid State Circuits Conference.

Details of the contest can be found at http://www.socrobotwar.org. 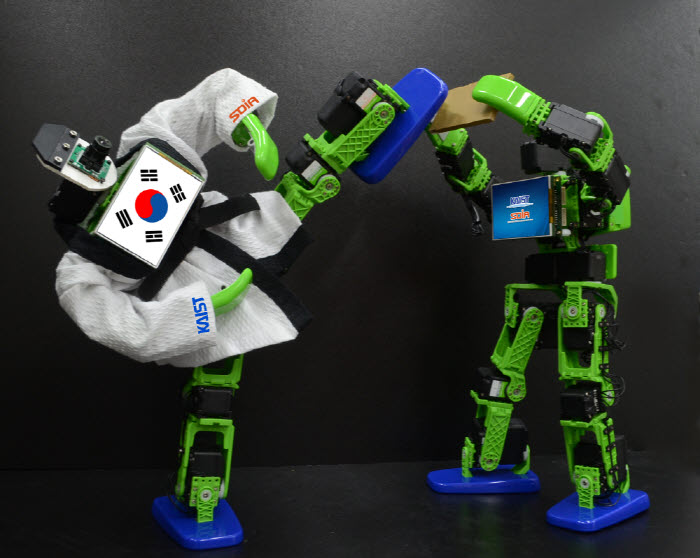