KAIST Holds Robot Taekwondo Competition Recognized by the World Taekwondo Federation​
View : 7931 Date : 2013-05-06 Writer : ed_news
KAIST will host the 12th Intelligent System-on-Chip (SoC) Robot War in October 2013, a robot competition. The event will have two entries: robot Taekwondo contest and HURO competition.
The World Taekwondo Federation has decided to offer an honorary Taekwondo degree to the winner of SoC Taekwondo Robot competition.
The Intelligent SoC Robot War was created in 2002 by KAIST’s Professor Hoi-Jun Yoo in the Department of Electrical Engineering.
For SoC Taekwondo Robot event, two robots compete in the form of Taekwondo, traditional Korean martial arts. The robots competing in this event have a camera and semiconductor chips on board, and therefore they have the brain-like functions to identify an object and control movements on their own. The robots have 21 joints with humanoid robot technology on their body for the techniques needed to compete in a typical Taekwondo match. They employ moves such as front kicks, side kicks, and upper punches.
In particular, KAIST’s System Design Innovation & Application Research Center, the organizer of this competition, has operated a team to demonstrate robot Taekwondo since last year with the purpose of displaying the basic movements of Taekwondo.
“Robots received attention as the source of growth in the near future. We have been developing robotics technology, and as part of our endeavor, preparing the Taekwondo demonstration team since 2012 to exhibit Korea’s robot technology and introduce our traditional martial arts,” said Professor Hoi-Jun Yoo. “We will continue to develop various capabilities for Taekwondo robots in cooperation with the World Taekwondo Federation.”
In HURO-Competition, robots compete for crossing the finishing line first by completing various missions, such as putting in a golf ball or overcoming obstacles while avoiding unexpected accidents. The winning team is awarded with a Presidential Award of Korea.
The 12th Intelligent SoC Robot War Competition is open to all graduate or undergraduate students. For details, visit the homepage at http://www.socrobotwar.org/. 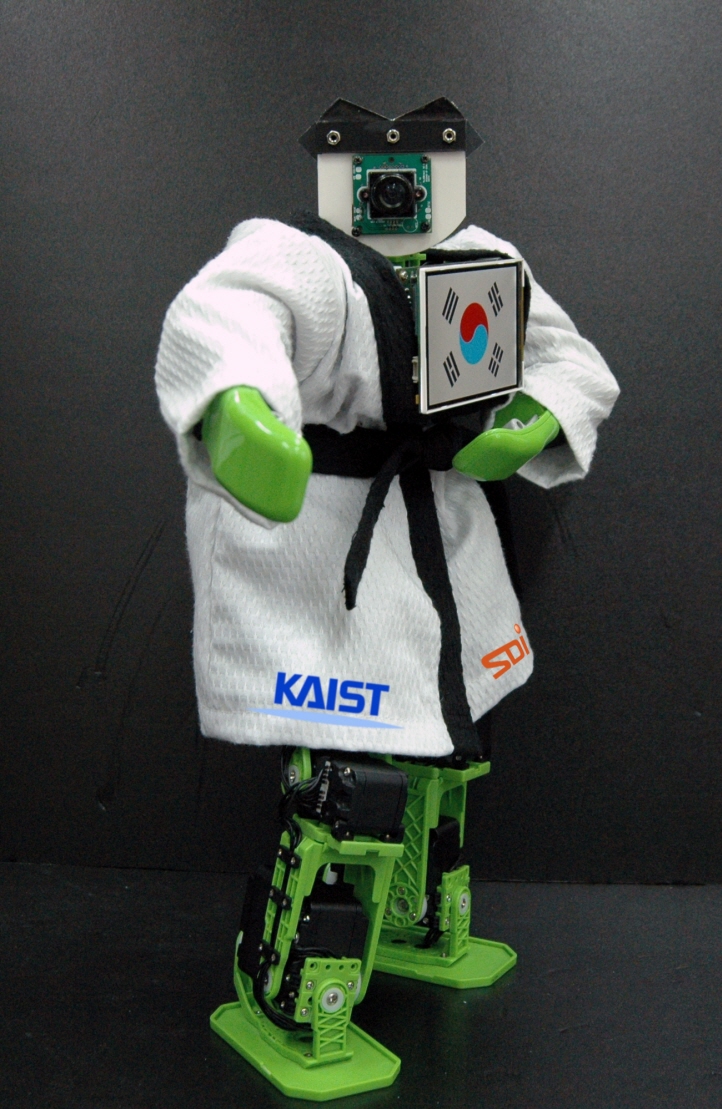