IMMEDIATE RELEASE
Wireless electric trams at Seoul Amusement Park begin full operations.
KAIST’s On-Line Electric Vehicle (OLEV) becomes an icon of green technology, particularly for young students who aspire to transform their nation into the “vanguard of sustainability.”
Seoul, South Korea, July 19, 2011—As young students wrap up their school work before summer vacation in late July, Seoul Grand Park, an amusement park located south of Seoul, is busily preparing to accommodate throngs of summer visitors. Among the park’s routine preparations, however, there is something new to introduce to guests this summer: three wireless electric trams have replaced the old diesel-powered carts used by passengers for transportation within the park.
The Korea Advanced Institute of Science and Technology (KAIST) and the city of Seoul held a ceremony this morning, July 19, 2011, to celebrate their joint efforts to adopt a green public transportation system and presented park visitors with the three On-Line Electric Vehicles (OLEVs), which will be operated immediately thereafter. Approximately one hundred people, including science high school students across the nation, attended the ceremony and had a chance to ride the trams.
KAIST unveiled the prototype of an electric tram to the public in March 2010, and since then it has developed three commercial trams. The Korean government and the institute have worked on legal issues to embark on the full-scale commercialization of OLEV, and the long awaited approval from the government on such issues as standardization of the OLEV technology and road infrastructure, regulation of electromagnetic fields and electricity safety, and license and permits for vehicle eligibility, finally came through.
The On-Line Electric Vehicle (OLEV) is no ordinary electric car in that it is remotely charged via electromagnetic fields created by electric cables buried beneath the road. Unlike other currently available electric cars, OLEV can travel unlimited distances without having to stop to recharge. OLEV also has a small battery onboard, which enables the vehicle to travel on roads that are not equipped with underground power cables. This battery, however, is only one-fifth of the size of a conventional electric vehicle battery, resulting in considerable savings in the cost, size, and weight of the vehicle.
The OLEV project was initiated in 2009 as a method of resolving the battery problems of electric cars in a creative and disruptive way. KAIST came up with the idea of supplying electricity directly to the cars instead of depending solely on the onboard battery for power. Since then, the university has developed core technologies related to OLEV such as the “Shaped Magnetic Field in Resonance (SMFIR),” which enables an electric car to collect the magnetic fields and convert them into electricity, and the “Segment Technology,” which controls the flow of electromagnetic waves through an automatic power-on/shut-down system, thereby eliminating accidental exposure of the electromagnetic waves to pedestrians or non-OLEV cars.
According to KAIST, three types of OLEV have been developed thus far: electric buses, trams, and sport utility vehicles (SUVs). The technical specifications of the most recently developed OLEV (an electric bus), the OLEV research team at the university said, are as follows:
·          Power cables are buried 15cm beneath the road surface.
·          On average, over 80% power transmission efficiency is achieved.
·          The distance gap between the road surface and the underbody of the vehicle is 20cm.
·          The OLEV bus has a maximum electricity pickup capacity of 100kW.
·          The OLEV bus complies with international standards for electromagnetic fields (below 24.1 mG).
The eco-friendly electric trams at Seoul Grand Park consume no fossil fuels and do not require any overhead wires or cables. Out of the total circular driving route (2.2km), only 16% of the road, 372.5m, has the embedded power lines, indicating that OLEV does not require extensive reconstruction of the road infrastructure. The city government of Seoul signed a memorandum of understanding with KAIST in 2009 as part of its initiatives to curtail emissions from public transportation and provide cleaner air to its citizens. Both parties plan to expand such collaboration to other transportation systems including buses in the future.
KAIST expects the OLEV technology to be applied in industries ranging from transportation to electronics, aviation, maritime transportation, robotics, and leisure. There are several ongoing international collaborative projects to utilize the OLEV technology for a variety of transportation needs, such as inner city commute systems (bus and trolley) and airport shuttle buses, in nations including Malaysia, US, Germany, and Denmark.
# # #
More information about KAIST’s On-Line Electric Vehicle can be found at http://olev.co.kr/en/index.php. For any inquiries, please contact Lan Yoon at 82-42-350-2295 (cell: 82-10-2539-4303) or by email at hlyoon@kaist.ac.kr. 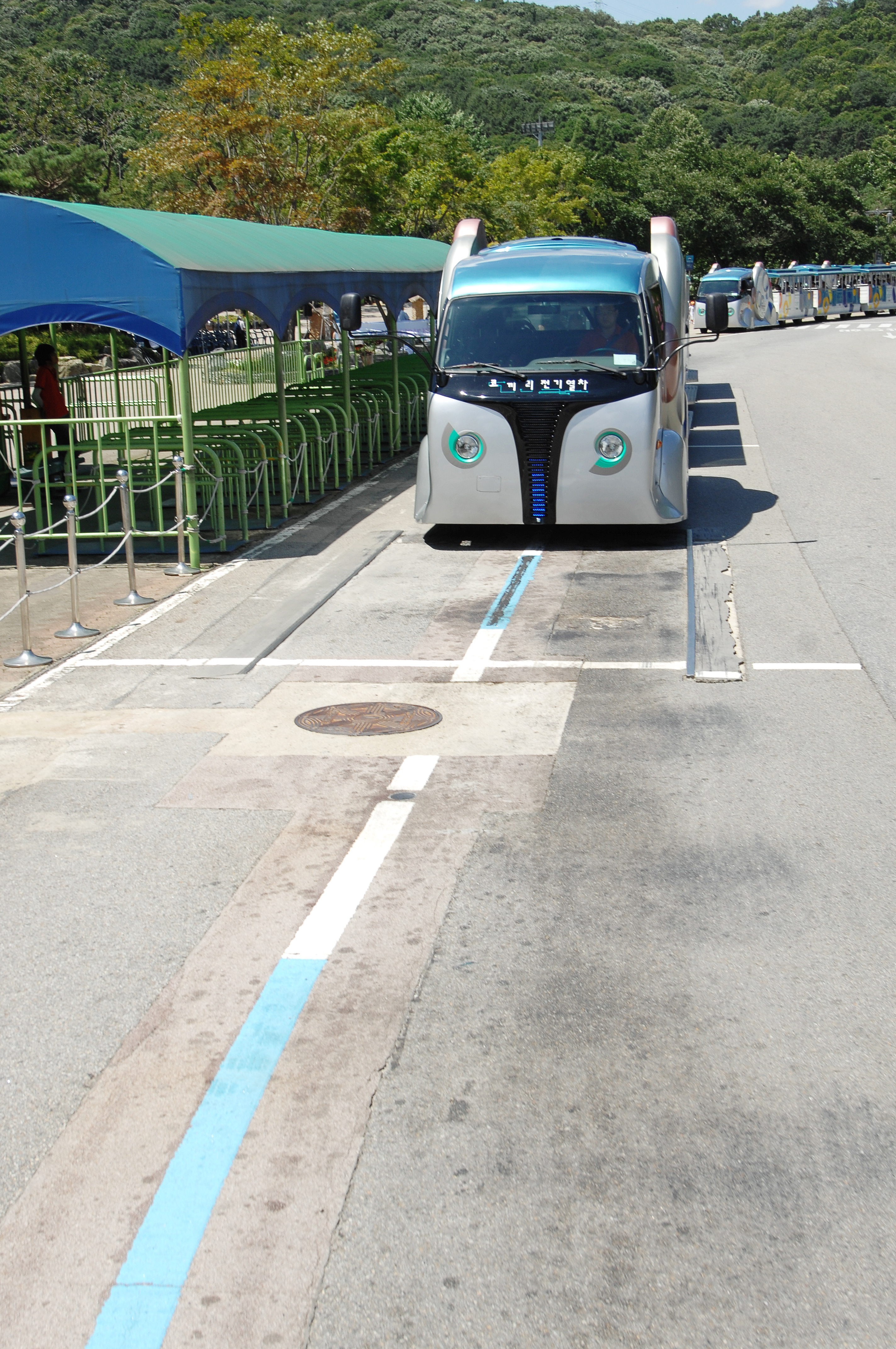