The research went beyond the current method of synthesis of embryonic body or mice cell ball culture and used the careful alteration of signal transmission system of the human embryonic stem cells to differentiate the formation of vascular progenitor cells.

The team controlled the MEK/ERK and BMP signal transmission system that serves an important role in the self replication of human embryonic stem cells and successfully differentiated 20% of the cells experimented on to vascular progenitor cells.

In addition, the vascular progenitor cell derived from human embryonic cells successfully formed blood vessels or secreted vascular growth factors and increased the blood flow and the necrosis of blood vessels when injected into an animal with limb ischemic illness.

The results of the research was published as the cover paper of the September edition of “Blood (IF:10.55)”, the American Blood Journal and has been patented domestically and has finished registration of foreign PCT.

The results of the experiment opened the possibility of providing a patient specific cure using stem cells in the field of blood vessel illness. 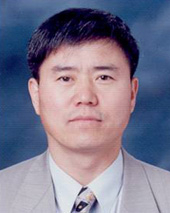