Dong-Won Kim, a graduate student of the Mechanical Engineering Department, KAIST, will leave for the US at the end of this month to further pursue his advanced degree at University of Michigan (UM) in Ann Harbor. He has completed his master’s program at KAIST this summer, specializing in rehabilitation engineering.

Mr. Kim was born with cerebral palsy, which made him difficult to talk and use his hands. Notwithstanding the obstacles, he went through the regular school system and earned a master’s degree offered by one of the toughest universities in Korea.

When asked about what was the most difficult thing to study, he said with a gentle smile that “other than taking him a longer time to solve a math problem because of his weak hand muscle, he doesn’t have any difficulties.”

“Of course, people around me helped me a lot, but I tried to maintain my confidence in me and did my best so as not to disappoint my family and friends who have supported me,” Mr. Kim added.

Professor Pyung-Hoon Chang of the Mechanical Engineering Department, who was an adviser to Mr. Kim, recalled,

“Dong-Won has been a great student; I was quite impressed with his intellectual vigor and academic passion. He got along well with his peer students and had always positive and can-do attitude. I’m really pleased to see him graduate, given the tough situation he’s been in. He sets an inspiring role model who overcame difficulties and achieved great accomplishments.”

Mr. Kim hopes that universities including KAIST improve their educational environment to adopt friendlier policies toward the people with disabilities so that more of them can be offered an opportunity to become a scientist or engineer.

He will study medical engineering at University of Michigan—through his doctoral study, he wishes to identify causes and improvements of disabilities suffered by people and become an expert in rehabilitation.

Mr. Kim also donated 1 million won to KAIST out of his appreciation for the support he had received during his stay at the school. He said, “Although this is a small amount, I’d like to “thank you” for the members of KAIST community including its faculty and staff who have encouraged me to finish the study. If possible, I’d like to make a greater contribution in the future, and to that end, I’ll study harder and try to become the person whom I have planned for.”

Upon hearing about his generosity, President Nam Pyo Suh said, “The gift is so wonderful because it was given to us from one of our students. I wish him great success in his future study and will look forward to having his valuable contributions to our school and the nation.” 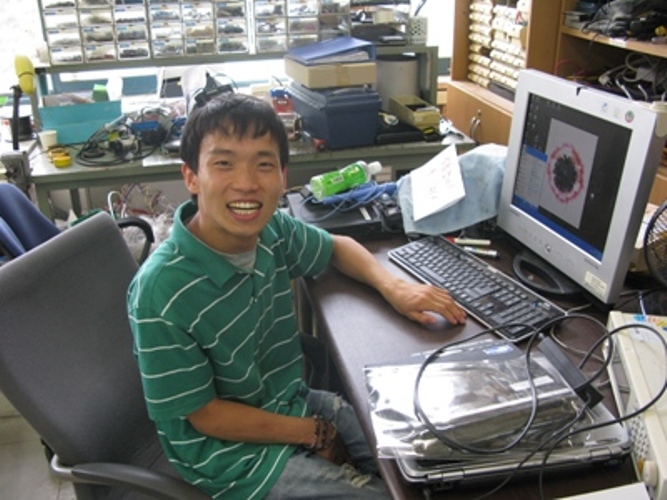