Dr. Sang-Soo Lee was the first president of Korea Advanced Institute of Science (KAIS) and the 6th president of KAIST, who died of a chronic disease at the age of 85. The KAIS was the matrix of KAIST today. Graduated from the physics department of Seoul National University in 1949, he later received a doctoral degree in optics from Imperial College of Science and Technology, University of London.

Dr. Lee has greatly contributed to the development of science and technology in Korea in the capacity of a policy administrator, educator, scientist, researcher, and engineer. He held numerous prestigious offices including President of Korea Atomic Energy Research Institute in 1967, of KAIS in 172, and of KAIST in 1989. Dr. Lee also worked as a professor at the physics department of KAIST for 20 years from 1972-1992.

The Society of Photographic Instrumentation Engineers (SPIE), an international society for optics and photonics, was founded in 1955 to advance light-based technologies. Dr. Sang-Soo Lee was a member of the SPIE that issued a news release expressing its sincere condolences to his death. The following is the full text of the news release: http://spie.org/x40527.xml

Lee received a B.S. in Physics from Seoul National University in Korea and a Ph.D. from Imperial College of Science and Technology, University of London, UK. Receiving the first Ph.D. in Optics in Korea, Dr. Lee devoted his life to lay the foundation for optical science and engineering for more than four decades as an educator, researcher, and administrator in science policy.

"He was one of the architects of the extraordinary and rapid emergence of Korea as a world leader in science and technology, or perhaps with the rich history of contributions centuries ago, re-emergence would be more appropriate." said Eugene G. Arthurs, SPIE Executive Director.

During his teaching career, Dr. Lee mentored 50 doctoral and more than 100 masters" degree candidates. in the areas of laser physics, wave optics, and quantum optics. Many of his former students have become leaders in academia, government-funded research institutes, and industry both in Korea and abroad. He published more than 250 technical papers and authored five textbooks, including "Wave Optics", "Geometrical Optics", "Quantum Optics", and "Laser Speckles and Holography".

Lee was an active member of the international scientific community. In addition to his pioneering scholastic achievements at KAIST, he served as the Vice President of the International Commission for Optics (ICO), a Council Member of the Third World Academy of Sciences, and a Council Member of UN University, serving as an ambassador for the optics community, which showed a significant example of how a developing country like Korea can serve international optics community.

Dr. Lee was a Fellow of the International Society for Optical Engineering (SPIE), the Optical Society of America (OSA), and the Korean Physical Society (KPS). He was the recipient of many awards and honors, including the National Order of Civil Merit that is the Presidential Medal of Honor from the Republic of Korea (2000), the Songgok Academic Achievement Prize, the Presidential Award for Science, and the Medal of Honor for Distinguished Scientific Achievement in Korea. In 2006, he was awarded OSA"s Esther Hoffman Beller Medal. 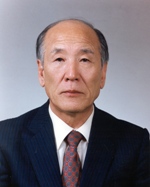