A KAIST research team led by Prof. Seong-Ihl Woo of the Department of Chemical & Biomolecular Engineering has found a method to use glycerol, a byproduct from the production of biodiesel, as fuel for solid oxide fuel cells (SOFC), university authorities said on Tuesday (Oct. 27).

The research finding shows that glycerol can be an environmentally sustainable fuel when it is used for operating SOFCs with internal reforming, instead of hydrogen and methane. The finding was published in the Oct. 14, 2009 online edition of ChemSusChem, a sister journal of Angewandte Chemie, the world"s leading chemistry journal.

Biodiesel is an attractive alternative energy source because of its low sulfur content and demand is growing worldwide as oil price soars. Bio-derived glycerol will not contribute to the greenhouse effect and has the potential to contribute to reducing global warming.

Currently, glycereol is used as a raw material in the cosmetic, pharmacy, food, and tobacco industries. However, its supply exceeds its demand as the volume of biodiesel production increases. The production of 1 ton of biodiesel produces 0.1 ton of glycerol. Many researchers have investigated various routes for the consumption of surplus glycerol.

The research is expected to contribute to sustainable growth by reducing the emissions of carbon dioxide and reusing generated carbon dioxide for the production of biomass. The new method enables manufacturers to use glycerol as a fuel for operating SOFC. 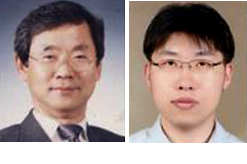