Chung-Sung Ahn, a former executive of Hyundai Heavy Industries Co., a top shipbuilder of the world, was appointed as the CEO of the Mobile Harbor Co., and Chung-Koo Lee, a former president of Hyundai Motor Co., as CEO of the On-Line Electric Car Co.

The two companies have been newly established for the commercial operation of the mobile harbor and on-line electric car projects that KAIST has been working on.

KAIST has developed a plan to power electric cars through re-charging strips embedded in roadways. The university has built a prototype on its campus for electric-powered golf carts and worked on designs that would power cars and buses.

The mobile harbor system is motivated by a growing need for an innovative container transport service system to effectively meet continuing increase in global container shipping volume, KAIST has developed a system that can unload containers from a containership to a floating harbor in the sea and deliver them to a land terminal and load cargoes in a reverse way.

The 71-year-old Ahn of the Mobile Harbor Co. served as the president of the Offshore & Engineering Division and the Industrial Plant & Engineering Division of Hyundai Heavy Industries Co. from 2003 to 2005. He completed Advanced Management Program (AMP) from Harvard Business School in 1990. Ahn obtained Ph.D. in ocean engineering from MIT in 1972, M.S. in naval architecture from MIT in 1969, M.S. in meteorology/oceanography from MIT in 1967 and B.S. in Maritime Science from Korea Maritime University in 1959. 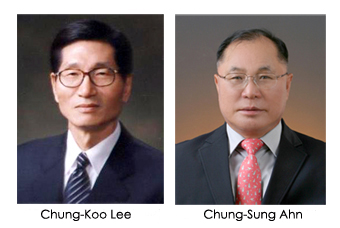