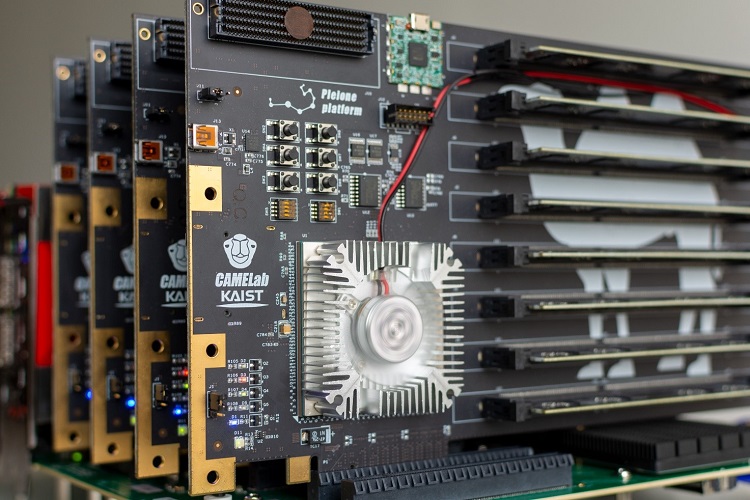 CXL is a peripheral component interconnect-express (PCIe)-based new dynamic multi-protocol made for efficiently utilizing memory devices and accelerators. Many enterprise data centers and memory vendors are paying attention to it as the next-generation multi-protocol for the era of big data.

Emerging big data applications such as machine learning, graph analytics, and in-memory databases require large memory capacities. However, scaling out the memory capacity via a prior memory interface like double data rate (DDR) is limited by the number of the central processing units (CPUs) and memory controllers. Therefore, memory disaggregation, which allows connecting a host to another host’s memory or memory nodes, has appeared.

< Figure 1. a comparison of the architecture between CAMEL’s CXL solution and conventional RDMA-based memory disaggregation. >

< Figure 2. A performance comparison between CAMEL’s CXL solution and prior RDMA-based disaggregation. >