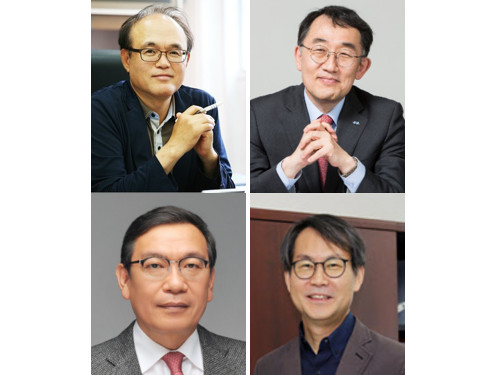 Seven KAIST faculty members have been elected as National Academy of Engineering of Korea (NAEK) members and associate members. NAEK, the most prestigious engineering society in Korea, elects new members with a minimum of 15 years of experience in engineering in academia and business every year.

Among the newly elected 40 associate members from academia, three KAIST professors were listed: Professor Sukyoung Ryu from the School of Computing, Professor Joongmyeon Bae from the Department of Mechanical Engineering, and Professor EunAe Cho from the Department of Materials Science and Engineering. Another 44 members were elected as associate members in business, including Vice Chairman Hag-Dong Kim of POSCO, President Seong-Hyeon Cho of Mando Corp, President Siyoung Choi of Samsung Electronics, President Joo Sun Choi of Samsung Display, and Chairman Byung-Gyu Chang of Krafton.

NAEK evaluates candidates not only on their academic achievements, but on various other criteria including technological achievements, patents, the nurturing of talents, and contributions to the advancements of the industry. Candidates are then elected through written ballots by the members of NAEK. There are now 294 members and 360 associate members of NAEK.