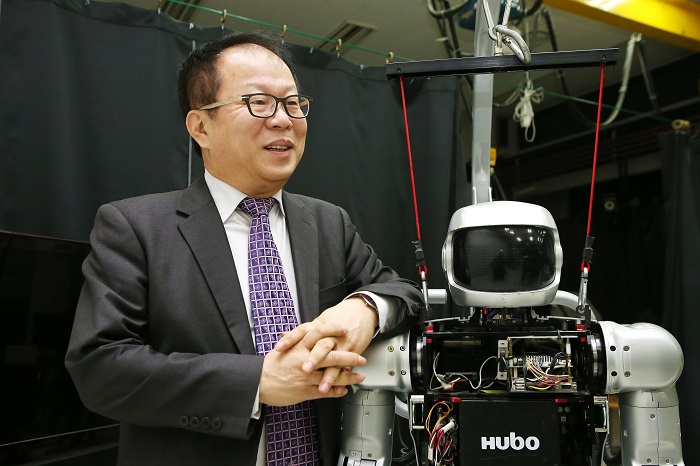 Professor Oh donated his 20% share (400 shares) of his startup Rainbow Robotics, which was established in 2011. Rainbow Robotics was listed on the KOSDAQ this February. The 400 shares were converted to 200,000 shares with a value of approximately 5 billion KRW when listed this year.

KAIST sold the stocks and endowed the Jun-Ho Oh Fund, which will be used for the development of the university. He was the 39th faculty member who launched a startup with technology from his lab and became the biggest faculty entrepreneur donor.

“I have received huge support and funding for my research. Fortunately, the research had a good result and led to the startup. Now I am very delighted to pay back the university. I feel that I have played a part in building the school’s startup ecosystem and creating a virtuous circle,” said Professor Oh during the ceremony.

KAIST President Kwang Hyung Lee declared, “Professor Oh has been a very impressive exemplary model for our aspiring faculty and student tech startups. We will spare no effort to support startups at KAIST.”

Professor Oh, who retired from the Department of Mechanical Engineering last year, now serves as the CTO at Rainbow Robotics. The company is developing humanoid bipedal robots and collaborative robots, and advancing robot technology including parts for astronomical observations.

Professor Hae-Won Park and Professor Je Min Hwangbo, who are now responsible for the Hubo Lab, also joined the ceremony along with employees of Rainbow Robotics. 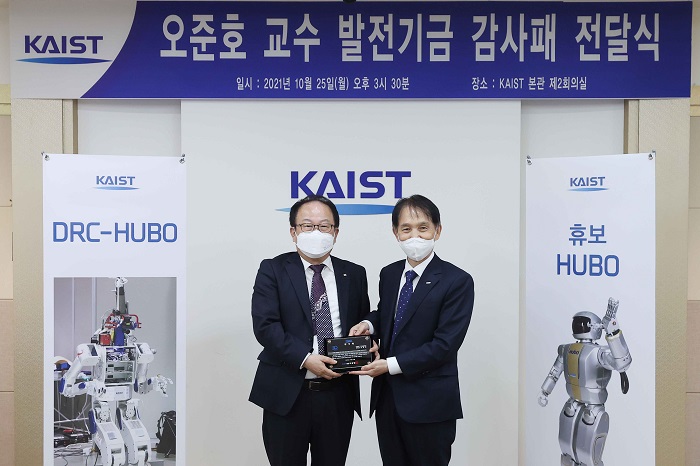