A study by KAIST researchers revealed that an ionized gas jet blowing onto water, also known as a ‘plasma jet’, produces a more stable interaction with the water’s surface compared to a neutral gas jet. This finding reported in the April 1 issue of Nature will help improve the scientific understanding of plasma-liquid interactions and their practical applications in a wide range of industrial fields in which fluid control technology is used, including biomedical engineering, chemical production, and agriculture and food engineering.

Gas jets can create dimple-like depressions in liquid surfaces, and this phenomenon is familiar to anyone who has seen the cavity produced by blowing air through a straw directly above a cup of juice. As the speed of the gas jet increases, the cavity becomes unstable and starts bubbling and splashing.

“Understanding the physical properties of interactions between gases and liquids is crucial for many natural and industrial processes, such as the wind blowing over the surface of the ocean, or steelmaking methods that involve blowing oxygen over the top of molten iron,” explained Professor Wonho Choe, a physicist from KAIST and the corresponding author of the study.

However, despite its scientific and practical importance, little is known about how gas-blown liquid cavities become deformed and destabilized.

In this study, a group of KAIST physicists led by Professor Choe and the team’s collaborators from Chonbuk National University in Korea and the Jožef Stefan Institute in Slovenia investigated what happens when an ionized gas jet, also known as a ‘plasma jet’, is blown over water. A plasma jet is created by applying high voltage to a nozzle as gas flows through it, which causes the gas to be weakly ionized and acquire freely-moving charged particles.

The research team used an optical technique combined with high-speed imaging to observe the profiles of the water surface cavities created by both neutral helium gas jets and weakly ionized helium gas jets. They also developed a computational model to mathematically explain the mechanisms behind their experimental discovery.

The researchers demonstrated for the first time that an ionized gas jet has a stabilizing effect on the water’s surface. They found that certain forces exerted by the plasma jet make the water surface cavity more stable, meaning there is less bubbling and splashing compared to the cavity created by a neutral gas jet.

Specifically, the study showed that the plasma jet consists of pulsed waves of gas ionization propagating along the water’s surface so-called ‘plasma bullets’ that exert more force than a neutral gas jet, making the cavity deeper without becoming destabilized.

“This is the first time that this phenomenon has been reported, and our group considers this as a critical step forward in our understanding of how plasma jets interact with liquid surfaces. We next plan to expand this finding through more case studies that involve diverse plasma and liquid characteristics,” said Professor Choe.

This work was supported by KAIST as part of the High-Risk and High-Return Project, the National Research Foundation of Korea (NRF), and the Slovenian Research Agency (ARRS). 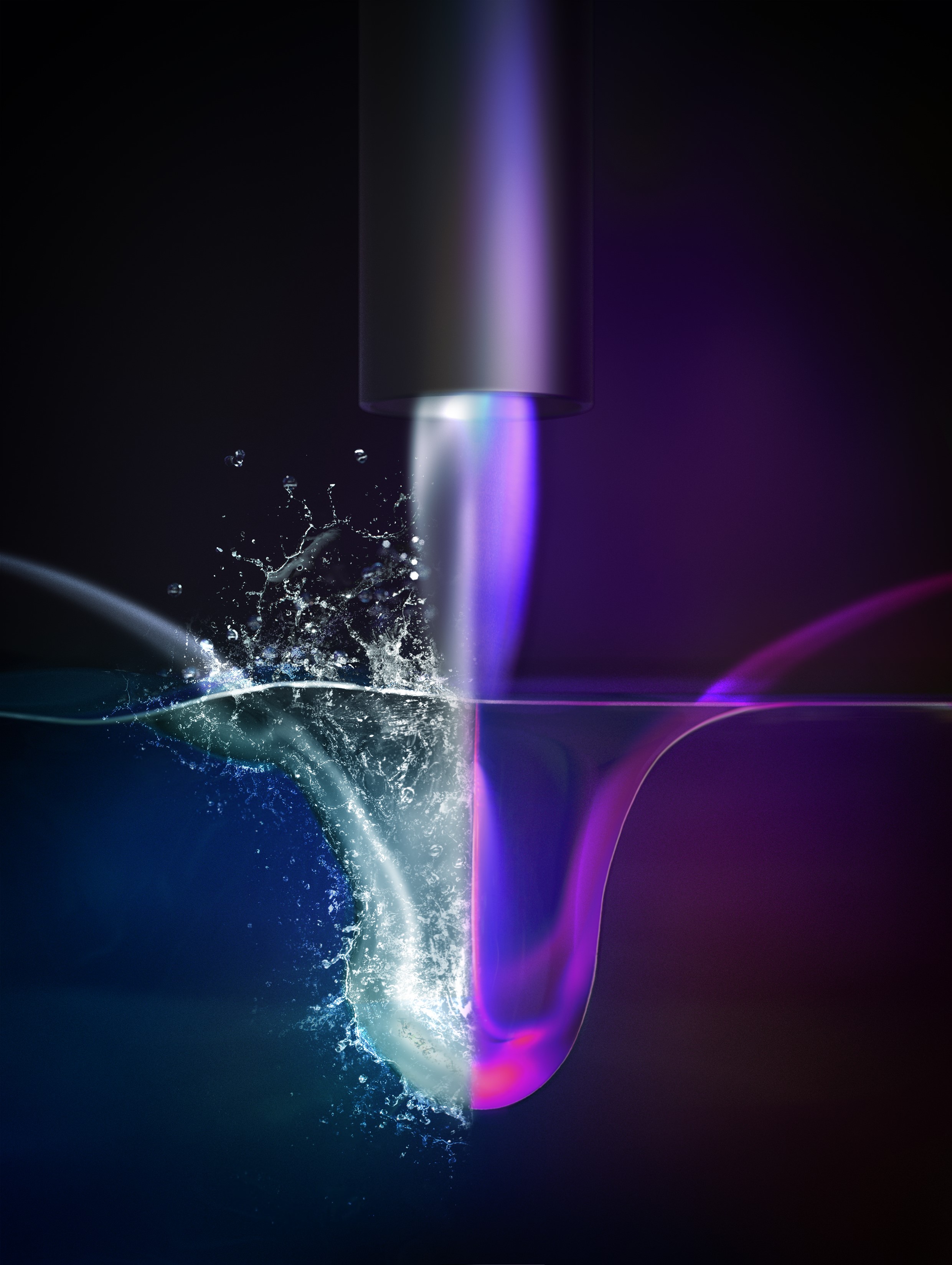 Usage Restrictions: News organizations may use or redistribute these materials, with proper attribution, as part of news coverage of this paper only.

Department of Nuclear and Quantum Engineering