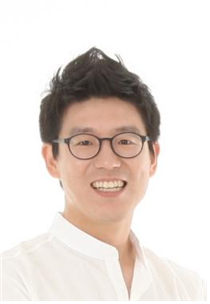 Professor Jae Kyoung Kim from the KAIST Department of Mathematical Sciences was appointed as the third Chief Investigator (CI) of the Pioneer Research Center (PRC) for Mathematical and Computational Sciences at the Institute for Basic Science (IBS). Professor Kim will launch and lead a new research group that will be devoted to resolving various biological conundrums from a mathematical perspective. His appointment began on March 1, 2021.

Professor Kim, a rising researcher in the field of mathematical biology, has received attention from both the mathematical and biological communities at the international level. Professor Kim puts novel and unremitting efforts into understanding biological systems such as cell-to-cell interactions mathematically and designing mathematical models for identifying causes of diseases and developing therapeutic medicines.

Through active joint research with biologists, mathematician Kim has addressed many challenges that have remained unsolved in biology and published papers in a number of leading international journals in related fields. His notable works based on mathematical modelling include having designed a biological circuit that can maintain a stable circadian rhythm (Science, 2015) and unveiling the principles of how the biological clock in the body maintains a steady speed for the first time in over 60 years (Molecular Cell, 2015). Recently, through a joint research project with Pfizer, Professor Kim identified what causes the differences between animal and clinical test results during drug development explaining why drugs have different efficacies in different people (Molecular Systems Biology, 2019).

The new IBS biomedical mathematics research group led by Professor Kim will further investigate the causes of unstable circadian rhythms and sleeping patterns. The team will aim to present a new paradigm in treatments for sleep disorders.

Professor Kim said, “We are all so familiar with sleep behaviors, but the exact mechanisms behind how such behaviors occur are still unknown. Through cooperation with biomedical scientists, our group will do its best to discover the complicated, fundamental mechanisms of sleep, and investigate the causes and cures of sleep disorders.”

Every year, the IBS selects young and promising researchers and appoints them as CIs. A maximum of five selected CIs can form each independent research group within the IBS PRC, and receive research funds of 1 billion to 1.5 billion KRW over five years.