Moon-Soul Chung, founder and former CEO of Mirae Corp. who is well known as the first-generation venture entrepreneur in Korea, was elected new chairman of the KAIST Board of Directors at the 193rd Regular Board Meeting held on March 20 in Seoul, school authorities announced Monday, March 23.

Born in 1938 in Imsil, North Jeolla Province, Chung graduated from the Oriental Philosophy Department of Won Kwang University. Chung founded Mirae Corp., a semiconductor equipment manufacturer, in 1983 and got his company listed on KOSDAQ and NASDAQ markets later. His business principles stressing transparency, integrity, and technology, earned the respect of Korean businesspeople.

In 2000, he suddenly announced retirement and handed over the presidency of his company to one of his managing directors. One year later, he donated 30 billion won to KAIST. It was by then the largest amount given by a single donor.

In 2007, he was awarded an honorary degree of doctor of engineering from KAIST. He formerly served as chairman of Venture Leaders Club, President CEO of Lycos Korea and chairman of the board of directors of Kookmin Bank. 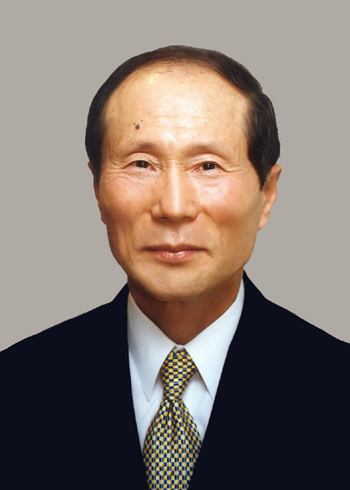 KAIST Board of Directors new chairman193rd Regular Board Meetingfounder and former CEO of Mirae Corp.honorary degree of doctor of engineering from KAISTchairman of Venture Leaders Club President CEO of Lycos Korea and chairman of the board of directors of Kookmin Bank Moon-Soul Chung
List
Releated news