A research team led by Prof. Do-Kyung Kim of the Department of Materials Science and Engineering of KAIST has identified the nano-scale origin of the toughness in rare-earth doped silicon carbide (RE-SiC), university sources said on Monday (Oct. 6).

The research was conducted jointly with a U.S. team headed by Prof. R. O. Ritchie of the Department of Materials Science and  Engineering, University of California, Berkeley.

The findings were carried in the online edition of Nano Letters published by the American Chemical Association.

Silicon carbide, a ceramic material known to be one of the hardest substances, are potential candidate materials for many ultrahigh-temperature structural applications. For example, if SiC, instead of metallic alloys, is used in gas-turbine engines for power generation and aerospace applications, operating temperatures of many hundred degrees higher can be obtained with a consequent dramatic increase in thermodynamic efficiency and reduced fuel consumption. However, the use of such ceramic materials has so far been severely limited since the origin of the toughness in RE-SiC remained unknown thus far.

In order to investigate the origin of the toughness in RE-SiC, the researchers attempted to examine the mechanistic nature of the cracking events, which they found to occur precisely along the interface between SiC grains and the nano-scale grain-boundary phase, by using ultrahigh-resolution transmission electron microscopy and atomic-scale spectroscopy. The research found that for optimal toughness, the relative elastic modulus across the grain-boundary phase and the interfacial fracture toughness are the most critical material parameters; both can be altered with appropriate choice of rare-earth elements.

In addition to identifying the nano-scale origin of the toughness in RE-SiC, the findings also contributed to precisely predicting how the use of various rare-earth elements lead to difference in toughness.

University sources said that the findings will significantly advance the date when RE-SiC will replace metallic alloys in gas-turbine engines for power generation and aerospace applications. 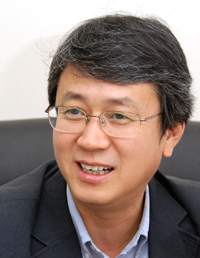