Prof. Hyot-Cherl Ihee and his team at the Department of Chemistry, KAIST, has successfully unveiled the structural dynamics of protein in solution as a result of more than three years" research work.

Nature Methods, a sister publication of the authoritative science magazine Nature, published the treatise, titled "Tracking the structural dynamics of proteins in solution using time-resolved wide-angle X-ray scattering" in its Sept. 22 online edition. The research paper will be carried in the magazine"s printed version in its October edition, according to Dr. Lee who is its correspondence author.

In May 2005, Prof. Ihee successfully photographed the structural dynamics of protein in solid state and his findings were published in the Proceedings of National Academy of Science of the United States. As protein normally exists in human body in solution, not in solid state, he directed his research to developing the technology to capture protein"s dynamics in resolved state.

In July that year, Prof. Ihee succeeded in measuring the structural changes of simple organic molecules in real time. He further developed the technology to uncover the structural dynamics of hemoglobin, myoglobin and cytochrome C.

Prof. Ihee"s research, helped with the Education-Science-Technology Ministry"s Creative Research Promotion Fund, can be applied to new pharmaceutical development projects as well as nanotechnology development, according to KAIST officials.

Prof. Ihee who earned his doctorate at California Institute of Technology in 1994 began teaching at KAIST in 2003. He won the Young Scientist Award given by the Korean government in 2006. 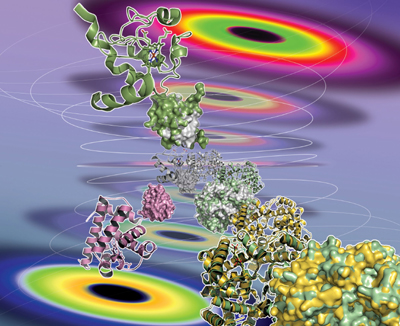