The new system comes in a metallic nano-structure consisting of a two-dimensional array of gold "bow tie" elements on a sapphire plate. The new process was featured in the British journal Nature on June 5.

The properties of coherent EUV light make it a prime candidate for exciting technological applications. But, at present, the equipment needed to generate the short-wavelength light is costly and bulky. The system developed by Prof. Kim"s research team is expected to reduce both cost and bulk.

The new system uses the conventional principle of high-harmonic generation via the interaction of a femtosecond laser pulse with a gas, but adopts the novel concept of amplifying light by way of local plasmon field enhancement, according to the research team. 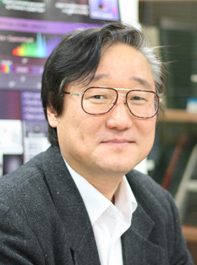