President Suh will receive the honorary degree during the university"s 111th commencement ceremony at its Pittsburgh campus on May 18. Suh earned his Ph.D. in mechanical engineering at Carnegie Mellon in 1964.

Carnegie Mellon University said in a press release that Suh is honored for transforming KAIST into a world-class institution since he became president of KAIST in 2006.

"His distinguished academic career has also included posts at the University of South Carolina and the Massachusetts Institute of Technology, as well as an assistant directorship for the National Science Foundation of the United States. Beyond his academic leadership, Suh invented an industrial process for production of plastic parts that is used in factories worldwide. He holds more than 50 patents and helped start several companies," the press release said.

Five other prominent Americans will also receive honorary doctorate degrees from Carnegie Mellon along with President Suh. They are Al Gore, former U.S. vice president; Norman R. Augustine, former president and CEO of Martin-Marietta and Lockheed Martin and chairman of the American Red Cross; Jeff Bezos, founder of Amazon.com, the world"s largest online retailer; Elizabeth Catlett, an  artist and sculptor famed for her dedication to the rights of minorities and women; and Patrick Colonel Suppes, a professor emeritus at Stanford University.

Carnegie Mellon, a leading research university of the United States is known for its distinctive mix of programs in engineering, computer science, robotics, business, public policy, fine arts and the humanities. 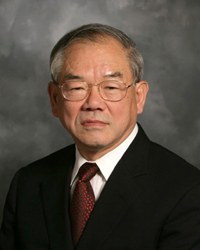