KAIST will be receiving until May 31, Thursday, applications for ‘the 3rd Ubiquitous Fashionable Computer (UFC)’ Contest, which will take place under the title of ‘Enjoy U-life with UFC’.

The contest has begun in 2005 by KAIST and the Korean Society for Next-Generation Computing to raise people’s concern over next-generation computing and to prepare for the upcoming ubiquitous era.

‘UFC’ refers to a wearable computer small and light enough to be worn on human bodies or clothes so that users can use computers with no restriction while moving. This terminology was created by Korea.

Hee-Joon You, Co-president of the Contest Committee and a professor of Electrical Engineering, stressed on the future life made joyful by IT technologies by saying, “Considering the title of the contest, we’ve selected ‘games enjoyed with UFCs’ as a mission of the designated items division to combine games, rising software, and wearing computers, hardware.” 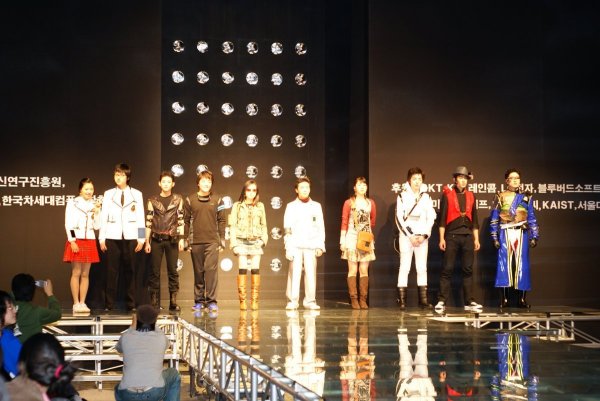