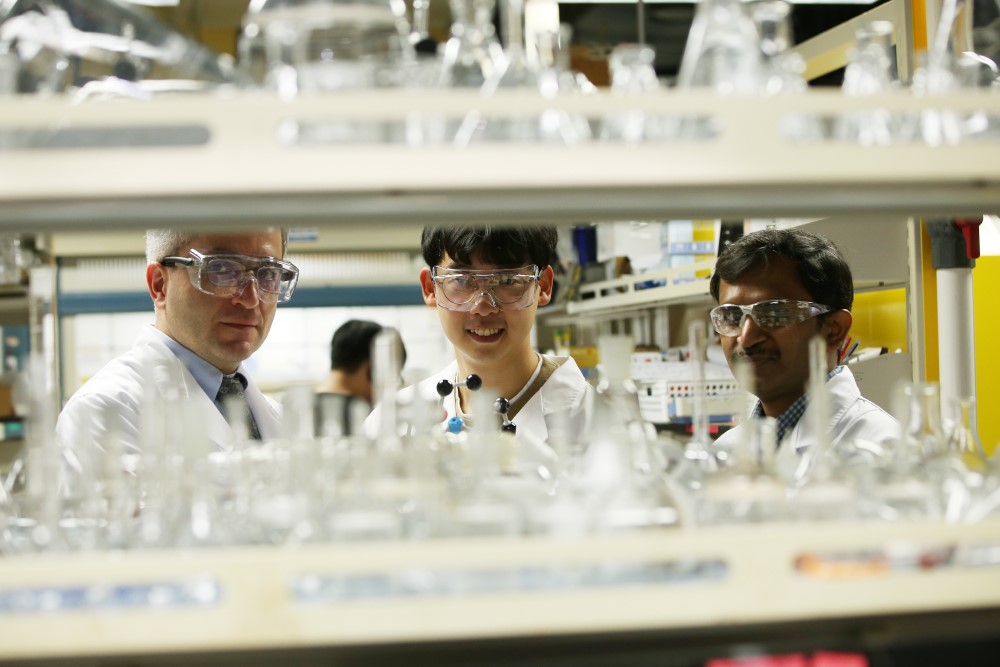 Scientists have taken a major step toward a circular carbon economy by developing a long-lasting, economical catalyst that recycles greenhouse gases into ingredients that can be used in fuel, hydrogen gas, and other chemicals. The results could be revolutionary in the effort to reverse global warming, according to the researchers. The study was published on February 14 in Science.

“We set out to develop an effective catalyst that can convert large amounts of the greenhouse gases carbon dioxide and methane without failure,” said Cafer T. Yavuz, paper author and associate professor of chemical and biomolecular engineering and of chemistry at KAIST.

The catalyst, made from inexpensive and abundant nickel, magnesium, and molybdenum, initiates and speeds up the rate of reaction that converts carbon dioxide and methane into hydrogen gas. It can work efficiently for more than a month.

This conversion is called ‘dry reforming’, where harmful gases, such as carbon dioxide, are processed to produce more useful chemicals that could be refined for use in fuel, plastics, or even pharmaceuticals. It is an effective process, but it previously required rare and expensive metals such as platinum and rhodium to induce a brief and inefficient chemical reaction.

Other researchers had previously proposed nickel as a more economical solution, but carbon byproducts would build up and the surface nanoparticles would bind together on the cheaper metal, fundamentally changing the composition and geometry of the catalyst and rendering it useless.

“The difficulty arises from the lack of control on scores of active sites over the bulky catalysts surfaces because any refinement procedures attempted also change the nature of the catalyst itself,” Yavuz said.

The researchers produced nickel-molybdenum nanoparticles under a reductive environment in the presence of a single crystalline magnesium oxide. As the ingredients were heated under reactive gas, the nanoparticles moved on the pristine crystal surface seeking anchoring points. The resulting activated catalyst sealed its own high-energy active sites and permanently fixed the location of the nanoparticles — meaning that the nickel-based catalyst will not have a carbon build up, nor will the surface particles bind to one another.

“It took us almost a year to understand the underlying mechanism,” said first author Youngdong Song, a graduate student in the Department of Chemical and Biomolecular Engineering at KAIST. “Once we studied all the chemical events in detail, we were shocked.”

The researchers dubbed the catalyst Nanocatalysts on Single Crystal Edges (NOSCE). The magnesium-oxide nanopowder comes from a finely structured form of magnesium oxide, where the molecules bind continuously to the edge. There are no breaks or defects in the surface, allowing for uniform and predictable reactions.

“Our study solves a number of challenges the catalyst community faces,” Yavuz said. “We believe the NOSCE mechanism will improve other inefficient catalytic reactions and provide even further savings of greenhouse gas emissions.”

This work was supported, in part, by the Saudi-Aramco-KAIST CO2 Management Center and the National Research Foundation of Korea. 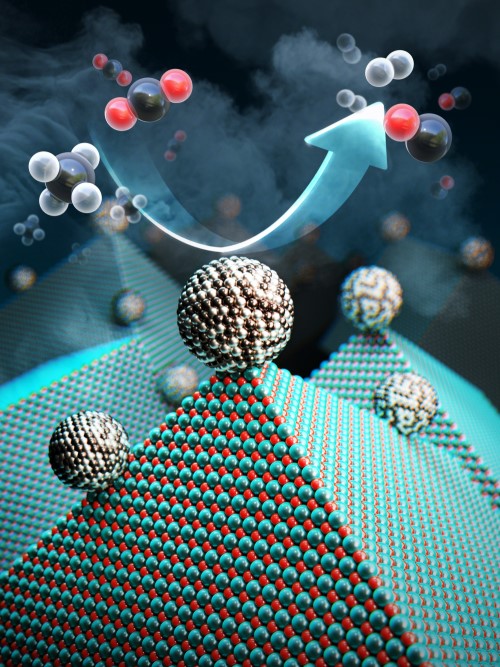 <Newly developed catalyst that recycles greenhouse gases into ingredients that can be used in fuel, hydrogen gas and other chemicals.>