Professor Jae-Kyu Lee (pictured on the right) from the College of Business at KAIST is one step closer to fulfilling his dream of achieving the “Bright Internet,” a campaign that he first proposed as he became the president of the Association for Information Systems (AIS) in June 2015.

On December 12, 2015, Professor Lee signed a memorandum of understanding (MOU) at a convention center in Fort Worth, Texas, between the AIS and the International Telecommunication Union (ITU)—a specialized agency of the United Nations that is responsible for issues related to information and communication technologies—on a collaborative research and development program to make the Internet safer for everyone.

The Bright Internet is an initiative to protect online users from cyber terrors, privacy breaches, and cyber-crimes. Further, it involves putting accountability to those who initiate or deliver cyber threats, thereby eliminating the possible source of Internet related crimes.

Following the MOU agreement, Prof. Lee delivered a speech on his campaign at the 2015 International Conference on Information Systems and received positive responses from the audience.

The Bright Internet campaign has been selected as visions of various ICT organizations worldwide including the Korea Society of Management Information System and the International Federation of Information Processing. KAIST and Tsinghua University in China adopted it as an academic topic for research and teaching.

Prof. Lee claimed that the Internet should be used in a manner based on the values of trust, ethics, and decorum. He further noted that it is important to build Internet environments that not only protect individuals from cyber threats or attacks, but also hold those who commit online crimes accountable for their actions. 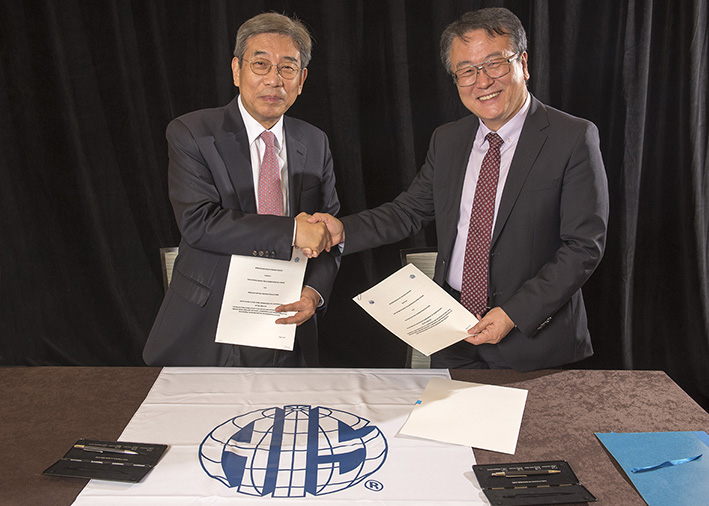