Dr. Je-Kyung Ryu of KAIST’s Department of Physics has been awarded the S-Oil Outstanding Paper Award for his doctoral dissertation’s originality and applicability.

Professor Tae-Young Yoon of Physics is his doctoral advisor.

The award ceremony took place on November 25, 2015 at the Press Center in Seoul.

This S-Oil Outstanding Paper Award, jointly sponsored by the Korean Academy of Science and Technology (KAST) and the Scholastic University Presidential Association, was established to foster young talented scientists in basic science and to advance the field.

The award is given every other year for each of the fields of physics, chemistry, mathematics, biology, and earth sciences.

He discovered, for the first time in the world, how NSF (N-ethylmaleimide-sensitive factor), a protein involved in a vesicular transport in cellular activities, disassembles a SNARE (soluble NSF attachment protein receptor) complex, using a unimolecular biophysics method.

Unlike the existing studies, he proposed a model in which NSF disassembles SNARE complexes at one step, and as a result, provided evidence of how the SNARE complex influenced the fusion of biological membranes.

His research was published in the scientific journal Science issued on March 27, 2015. The title of the paper is “Spring-loaded Unraveling of a Single SNARE Complex by NSF in One Round of ATP Turnover.” 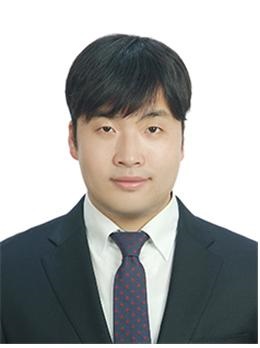