KAIST and Charles University in Prague, the Czech Republic, agreed to cooperate in research and education.

President Steve Kang of KAIST (pictured on the left) and Rector Tomáš Zima of Charles University signed the agreement on December 2, 2015, at the Hilton Hotel in Prague.

Minster Yang-Hee Choi of Science, ICT and Future Planning of the Republic of Korea and Minister Kateřina Valachová of Education, Youth and Sports of the Czech Republic also joined the signing ceremony.

Under the agreement, the two institutions will exchange students and researchers, as well as implement joint research programs.

President Kang said, “We are pleased to work with one of the most prestigious universities in the Czech Republic and hope to build a good partnership in the years ahead.”

Founded in 1348, Charles University in Prague is the oldest and largest university in the Czech Republic. The university received two Nobel prizes in physiology or medicine and in chemistry in 1947 and 1959, respectively. 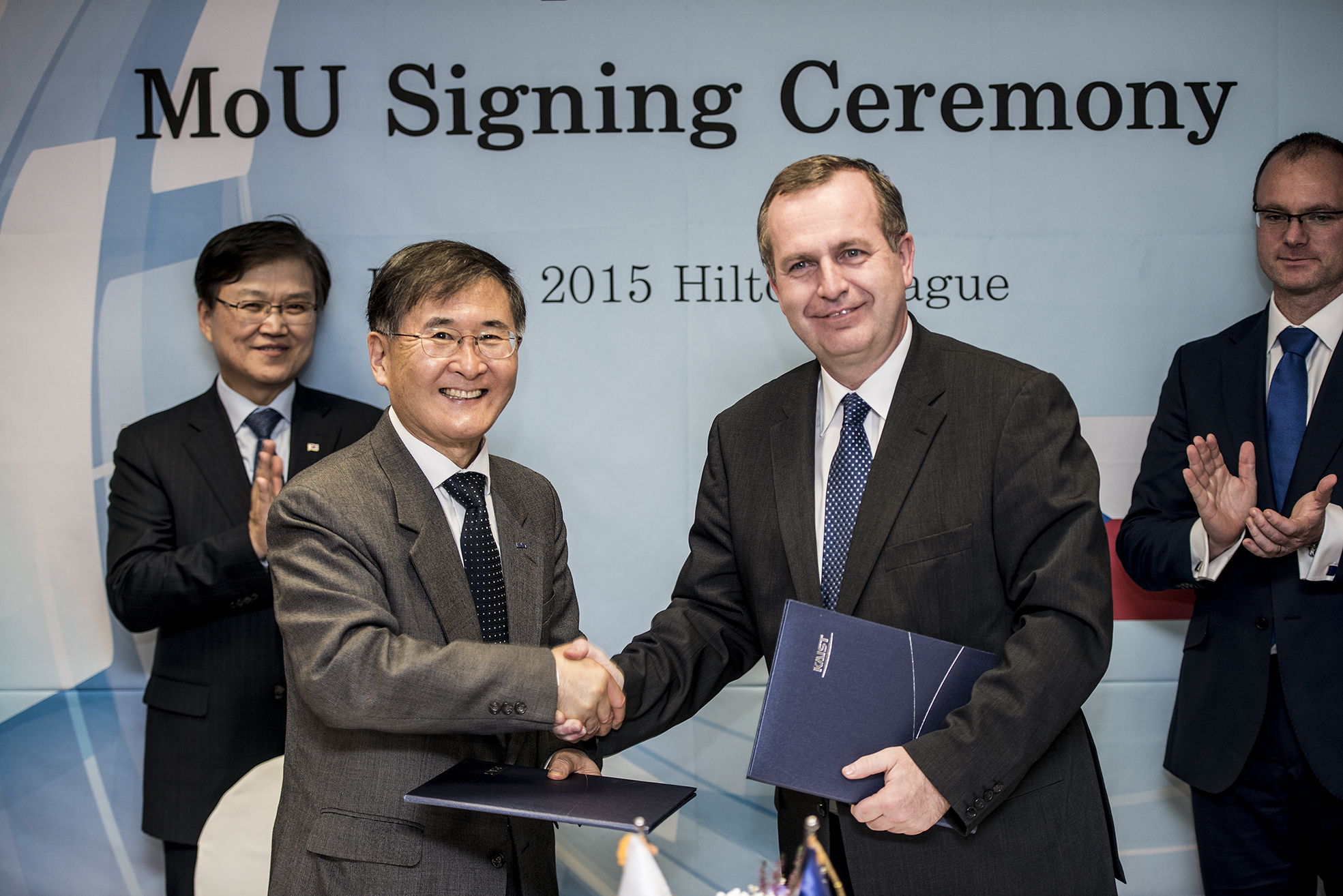