“What you see is a compact electronic system on a dust mask, which monitors the amount of dust taken in by a worker and lets other workers know if the person is injured in an industrial site,” said Bum Taek Jung, a Master’s candidate from Sungkyunkwan University during the Wearable Computer Contest 2015 held in KI building of KAIST on November 5, 2015.

He explained his interest in developing this system, “Dust-related respiratory diseases and falling accidents are still prevalent in industrial sites.” He added, “Using the smart dust mask helps monitoring workers’ physical condition in real time, allowing us to cope with accidents in a much more timely manner.” A smart dust mask is a portable device that alerts the user with orange or red light signs when the amount of dust inhaled by the user is higher than the threshold. Its application on a smartphone can also allow project managers to alert the risk of falling accidents to workers by employing a gyroscope and an accelerometer on the mask.

The Wearable Computer Contest 2015 met for the eleventh time at KAIST on November 5-6, 2015. A wearable computer refers to a portable device which users can wear directly on the body or on their clothes while moving. Products that can provide various services by connecting to a smartphone have become increasingly popular. The contest is an excellent opportunity for university students to design creative wearable systems similar to those often depicted in movies and comics.

This year 102 teams from universities all over the nation participated. After screening and evaluation of their presentations, only 8 teams in the product section and 3 teams in the ideas section were selected for the finals. Of the many entries to the contest, the ECG security system caught many people’s attention. The wearable, which attaches to a shirt, acts like an electrocardiogram. By comparing the ECG reading with the one stored in the data server, the wearable can authenticate the user. The system could be widely used by enterprises and financial companies where tight security and authentication are crucial.

The winners of the product and the ideas sections received USD 4,300 and usd 860 respectively along with Minister Prizes from the Minister of Science, ICT and Future Planning of Korea. The Chairman of the contest, Professor Hoi-Jun Yoo from the Electrical Engineering Department of KAIST said, “The contest will be a great opportunity for anyone to have a look at advanced wearable devices developed through close integration of state-of-the-art technologies and creative ideas from young minds.” 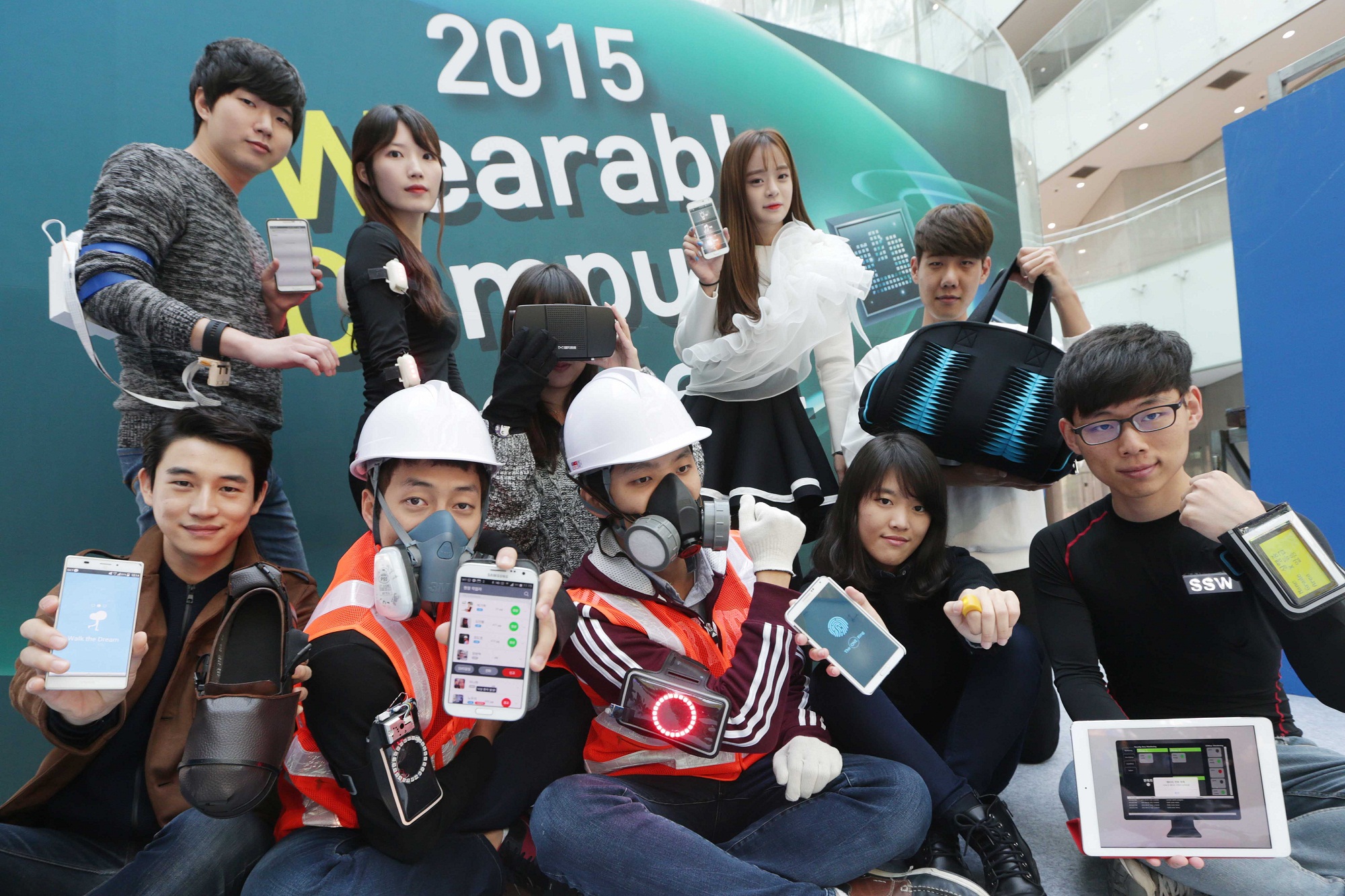