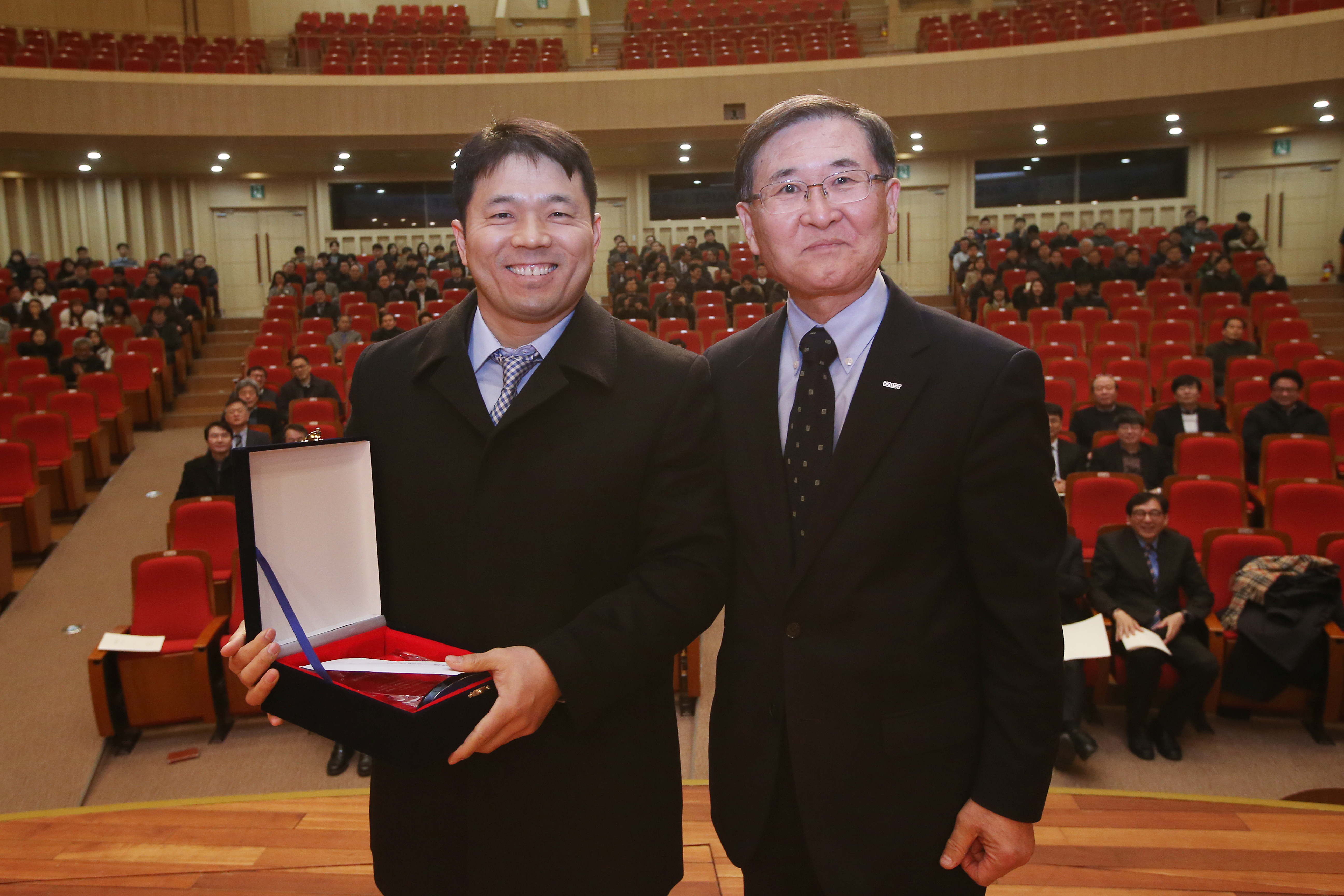 Professor Hee-Sung Park of the Department of Chemistry has been named the KAISTian of 2016. President Sung-Mo Kang awarded him at the New Year ceremony on January 2, 2017.

The KAISTian of the Year recognizes the most outstanding professor whose research and scholarship made significant achievements for the year. The Selection Committee announced that Professor Park was chosen as the 16th awardee in recognition of his developing new methods to incorporate unnatural amino acids into proteins.

Earning his Ph.D. in chemical engineering at KAIST in 2000, Professor Park has been a professor at KAIST since 2009. His research focuses on the production of synthetic proteins and the generation of diverse protein functions as well as the designing and engineering of new translation machinery for genetic code expansion, and the application of synthetic biology techniques for basic cell biology and applied medical science.

He  developed a tool to engineer designer proteins via diverse chemical modifications, providing a novel platform for investigating numerous diseases such as cancer and dementia. Post-translational modifications (PTMs) are constantly taking place during or after protein biosynthesis. PTMs play a vital role in expanding protein functional diversity and, as a result, critically affect numerous biological processes. Abnormal PTMs have been known to trigger various diseases including cancer and dementia. Therefore, this technology, that enables proteins to reproduce with specific modifications at selected residues, will significantly help establish experimental strategies to investigate fundamental biological mechanisms including the development of targeted cancer therapies.