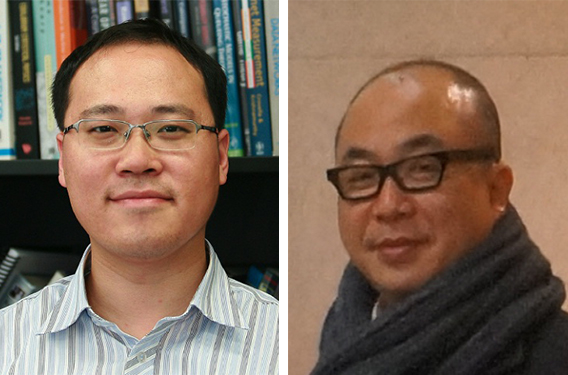 A research team led by Professors Yung Yi and Song Chong from the Electrical Engineering Department at KAIST has been awarded the 2016 William R. Bennett Prize of the Institute of Electrical and Electronics Engineers (IEEE), which is the most prestigious award in the field of communications network. The IEEE bestows the honor annually and selects winning papers from among those published in the past three years for its quality, originality, scientific citation index, and peer reviews.

The IEEE award ceremony will take place on May 24, 2016 at the IEEE International Conference on Communications in Kuala Lumpur, Malaysia.

The team members include Dr. Kyoung-Han Lee, a KAIST graduate, who is currently a professor at Ulsan National Institute of Science and Technology (UNIST) in Korea, Dr. Joo-Hyun Lee, a postdoctoral researcher at Ohio State University in the United States, and In-Jong Rhee, a vice president of the Mobile Division at Samsung Electronics. The same KAIST team previously received the award back in 2013, making them the second recipient ever to win the IEEE William R. Bennett Prize twice.

Past winners include Professors Robert Gallager of the Massachusetts Institute of Technology (MIT), Sachin Katti of Stanford University, and Ion Stoica of the University of California at Berkeley.

The research team received the Bennett award for their work on “Mobile Data Offloading: How Much Can WiFi Deliver?” Their research paper has been cited more than 500 times since its publication in 2013. They proposed an original method to effectively offload the cellular network and maximize the Wi-Fi network usage by analyzing the pattern of individual human mobility in daily life.