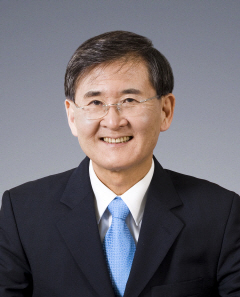 President Steve Kang of KAIST will attend the 2014 Annual Meeting of the New Champions, the World Economic Forum (WEF), to be held on September 10-12, 2014 in Tianjin, China.

KAIST holds its own IdeasLab session on nanotechnology on September 12, 2014.

On September 10, 2014, President Steve Kang will participate in a private session hosted by the Global University Leaders Forum (GULF) community at WEF as a panelist.

President Kang was invited to this GULF session, the only attendant from Korean universities, in recognition of his long time experience and expertise in education and research.

In 2006, WEF created the GULF, a small community of the presidents of top universities in the world, aiming to offer an open platform for high-level dialogues on issues of higher education and research with other sectors, as well as to foster collaboration between universities in areas of significance for global policy.

As of 2014, a total of 25 globally leading universities, including Harvard University, University of Cambridge, and Massachusetts Institute of Technology, are GULF members. KAIST, which joined the club this year, is the only Korean university.

The 2014 Annual Meeting of the New Champions, also known as the Summer Davos Forum, hosts numerous sessions under the theme of “Creating Value through Innovation.” At the Forum, a total of ten IdeasLab sessions will be hosted. KAIST was invited to run its own IdeasLab on nanotechnology on September 12, 2014.

Together with President Kang, Professors Sang Ouk Kim and Keon Jae Lee from the Department of Materials Science Engineering, KAIST, and Professors Sang Yup Lee and Hyunjoo Lee from the Department of Chemical and Biomolecular Engineering, KAIST, will present their own speeches on the topic entitled “From diagnostics to materials, how is nanotechnology changing lives?”

President Kang will give the opening speech at the KAIST IdeasLab.

He said that an invitation from WEF to join the IdeasLab spoke well for KAIST:

“KAIST is the first and the only Korean university ever invited to run its own IdeasLab at the World Economic Forum. The IdeasLab is an expert group meeting, conducted only by the world’s most prestigious universities and research institutes. At the IdeasLab sessions, global leaders from different sectors identify major issues facing higher education and humanity and explore solutions through science and technology innovation. Holding our own IdeasLab on one of our strongest fields, nanotechnology, is indeed an excellent opportunity for KAIST to show its strength in academic and research excellence on the global stage.”