- Technology to commercialize nanowire developed after 2 years of industrial-academic joint research -
- 2 million strands of 50nm-width, 20 cm-length nanowire mass producible in 2 hours –
A South Korean joint industrial-academic research team has developed the technology to put forward the commercialization of nanowire that is only a few nanometers wide. It is expected to be applied in various fields such as semiconductors, high performance sensors, and biodevices.
In cooperation with LG Innotek and the National Nanofab center, Professor Jun-Bo Yoon, from KAIST Department of Electrical Engineering, developed the technology to mass produce nanowire at any length with various materials. The research results are published on the online edition of Nano Letters on July 30th.
Nanowire has a long linear structure with its width at 100 nanometers at maximum. It is a multifunctional material that has yet undiscovered thermal, electric, and mechanical properties. Nanowire is highly acclaimed as a cutting-edge material with unique nano-level properties that can be applied in semiconductors, energy, biodevices, and optic devices.
Previously, nanowires had an extremely low synthesis rate that required three or four days to grow few millimeters. It was therefore difficult to produce the desired products using nanowires. Moreover, nanowires needed to be evenly arranged for practical application, but the traditional technology required complex post-treatment, not to mention the arrangement was not immaculate.
The research team applied semiconductor process instead of chemical synthesis to resolve these issues. The team first formed a pattern greater that of the target frequency by using a photo-engraving process on a silicon wafer board whose diameter was 20 centimeters, then repeatedly reduced the frequency to produce 100 nm ultrafine linear grid pattern. Based on this pattern, the research team applied the sputtering process to mass-produce nanowires in perfect shapes of 50 nm width and 20 cm maximum length.
The new technology requires neither a lengthy synthesis process nor post-cleaning to attain a perfectly aligned state. Thus, academic and industrial circles consider the technology has high possibilities for commercialization.
“The significance is in resolving the issues in traditional technology, such as low productivity, long manufacturing time, restrictions in material synthesis, and nanowire alignment,” commented Professor Yoon on this research. “Nanowires have not been widely applied in the industry, but this technology will bring forward the commercialization of high performance semiconductors, optic devices, and biodevices that make use of nanowires.” 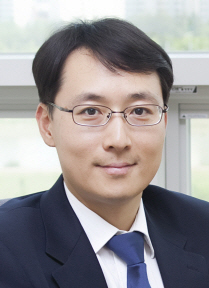