Professor Soon-Heung Chang from the Department of Nuclear and Quantum Engineering, KAIST, who is also the president of Korea Nuclear Society (KNS), met Bill Gates, the co-founder and former chief executive officer (CEO) of Microsoft, on August 16, 2012 and discussed ways to cooperate for the development of a sodium-cooled fast reactor (SFR), a next generation nuclear power reactor.
According to Professor Chang, Bill Gates was amazed at Korea’s successful bids for nuclear power plants in the United Arab Emirates, even though Korea was a latecomer in the field of nuclear power. Bill Gates also showed a keen interest in Korea’s low electricity rates.
Gates focuses on solving fundamental problems in order to help improve the quality of life for humanity, rather than short-term temporary solutions, through infrastructure development such as energy. Particularly, he considers nuclear power as one of the most effective ways to supply clean energy which can provide electricity at a low cost while keeping carbon dioxide emission levels much lower than fossil fuels.
Bill Gates is a primary investor for an energy company called “TerraPower” based in Bellevue, Washington. TerraPower develops and commercializes nuclear power technology for a traveling wave reactor (TWR) that is designed to use spent fuels, i.e., depleted uranium, and runs technically “forever” because once fueled, the reactor does not need to be refueled for over 50 years. TerraPower’s TWR is to use metallic fuel, and Korea is the only country that currently develops SFR (KALIMER 600) using metallic fuel.
“Korea has an outstanding supply chain for the entire lifecycle of a nuclear power station from equipment manufacturing to operation,” said Professor Chang, while emphasizing the synergistic effects of forming partnership between Korea and TerraPower.
Professor Chang emphasized that Korea should create an opportunity based on lessons learned from the Fukushima crisis and actively move forward to achieve its leading position in the field of next generation nuclear reactors. He said that cooperation with Bill Gates will be a significant step towards the development of next generation nuclear reactors.
About Sodium-cooled Fast Reactor (SFR)
Sodium-cooled Fast Reactor (SFR) is a next-generation nuclear power reactor that will use spent fuels from conventional reactors. Arrangement of a fuel recycling system in
conjunction with currently-developing pyroprocessing technology would enable U-238, which makes up over 99% of natural uranium, to be used as a nuclear fuel. This would greatly reduce the toxicity and volume of spent fuels by up to 1,000 times and 100 times respectively when compared to existing reactors. This is truly a breakthrough innovation in spent fuel disposal and recycling. 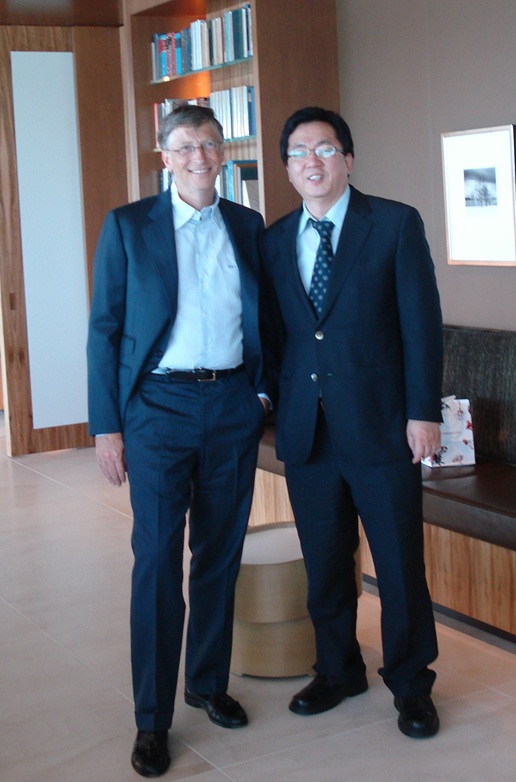