KAIST researchers have greatly improved the output of terahertz waves, the blue ocean of the optics world. This technology is expected to be applied to portable X-ray cameras, small bio-diagnostic systems, and in many other devices.

Terahertz waves are electromagnetic waves with frequencies between 100GHz to 30THz. They are produced when a femtosecond (10^-15 s) pulse laser is shone on a semiconductor substrate with photoconduction antennas, causing a photocurrent pulse of one picosecond (10^-12 s). Their long wavelengths, in comparison to visible light and infrared rays, give terahertz waves a high penetration power with less energy than X-rays, making them less harmful to humans.

These qualities allow us to see through objects, just as X-rays do, but because terahertz waves absorb certain frequencies, we can detect hidden explosives or drugs, which was not possible with X-rays. We can even identify fake drugs. Furthermore, using the spectral information, we can analyze a material"s innate qualities without chemical processing, making it possible to identify skin diseases without harming the body. However, the output was not sufficient to be used in biosensors and other applications.

Prof. Jeong"s team added optical nano-antennas, made from gold nano-rods, in between the photoconduction antennas and optimized the structure. This resulted in nanoplasmonic resonance in the photoconduction substrate, increasing the degree of integration of the photocurrent pulse and resulting in a three times larger output.

Hence, it is not only possible to see through objects more clearly, but it is also possible to analyze components without a biopsy.

Professor Jeong explained, "This technology, coupled with the miniaturization of terahertz devices, can be applied to endoscopes to detect early epithelial cancer" and that he will focus on creating and commercializing these biosensor systems.

This research was published in the March issue of the international nanotechnology journal ACS Nano and was funded by the Korea Evaluation Institute of Industrial Technology and the National Research Foundation of Korea.

Figure: Mimetic diagram of a THz generator with nano-antennas 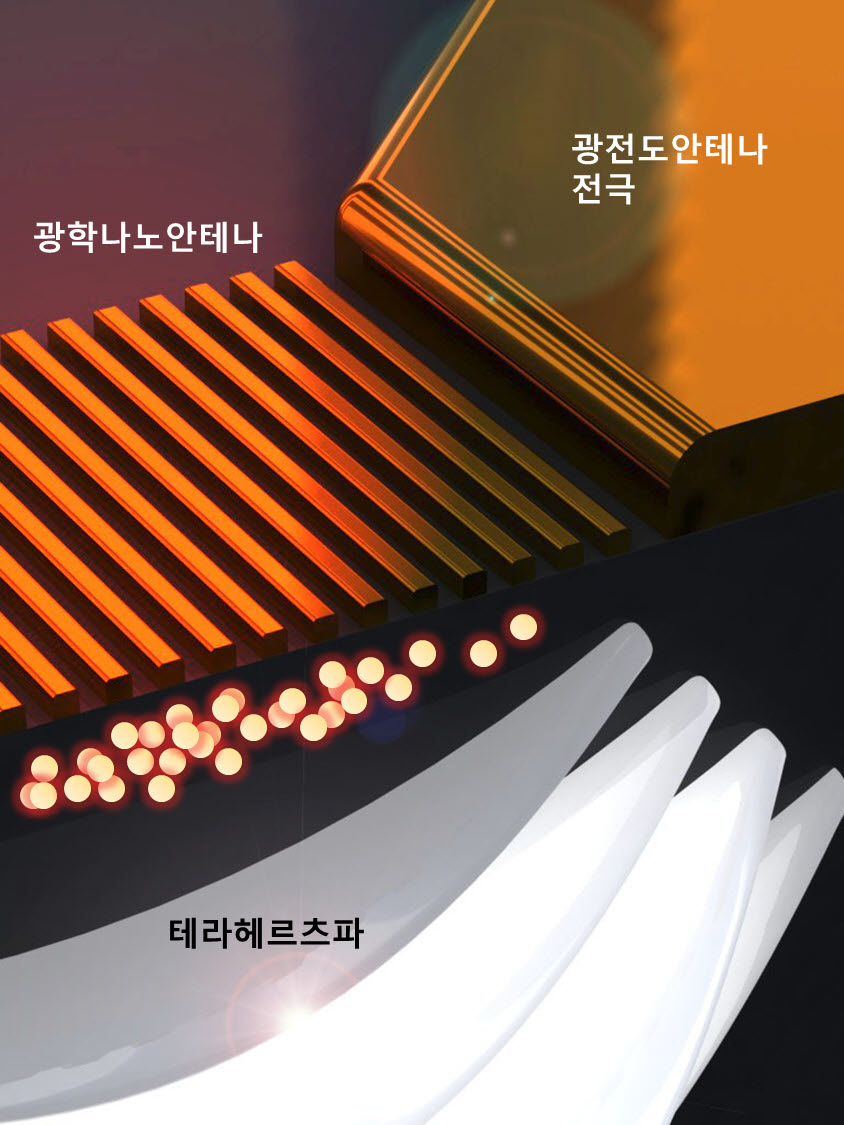