Through research agreement between KAIST and the King Saud University and King Fahad University of Petroleum and Minerals, joint research projects, mutual visitations of research professors, interchange of academic programs, joint seminars and scientific societies will be held to promote the lively interchange between higher education institutions of Korea and Saudi Arabia.

The projects will be funded by the Saudi Arabian government, and their scope will be determined in the future

“Compared to the robust industrial economic interactions between the Middle East and Korea, the interchange of the two countries’ higher education institutions has been poor,” said Jong Hyun Kim, Visiting Professor of Nuclear & Quantum Engineering Department of KAIST who will be conducting one of the joint programs with the Electrical Engineering Department of the King Saud University. “Like this joint research, I hope KAIST will, in many different ways, lead the way in cooperating and interacting with higher education institutions of the Middle EAST.”

Al-Anquari, Minister of Higher Education of Saudi Arabia, who showed great interest in KAIST’s innovative research and high technology development, expressed his will to put more effort into extending the interchange between universities of Saudi Arabia and of Korea, including KAIST. 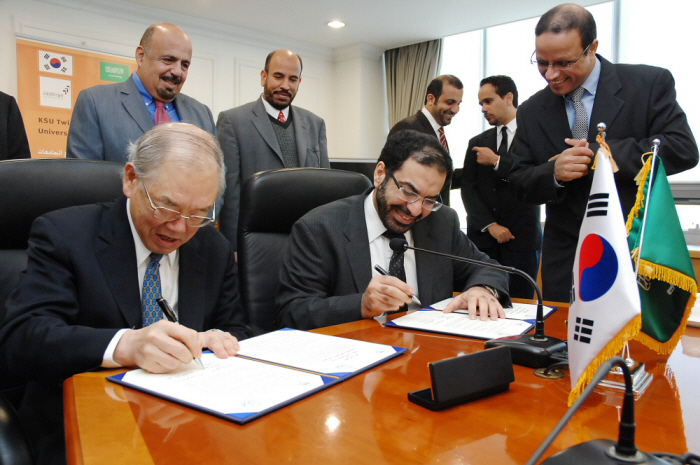