WonderScope shows what’s underneath the surface of an object through an augmented reality technology. 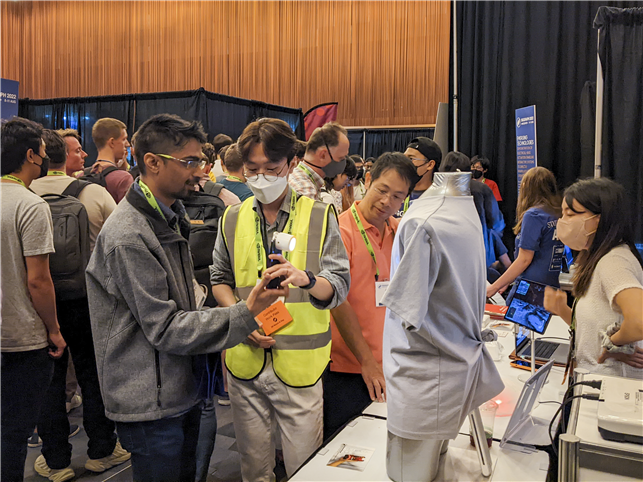 - The research won an Honorable Mention for Emerging Technologies Best in Show at ACM SIGGRAPH, one of the largest international conferences on computer graphics and interactions

- The technology was improved and validated through real-life applications in three special exhibitions including one at the Geological Museum at the Korea Institute of Geoscience and Mineral Resources (KIGAM) held in 2020, and two at the National Science Museum each in 2021 and 2022

A KAIST research team led by Professor Woohun Lee from the Department of Industrial Design and Professor Geehyuk Lee from the School of Computing developed a novel augmented reality (AR) device, WonderScope, which displays the insides of an object directly from its surface. By installing and connecting WonderScope to a mobile device through Bluetooth, users can see through exhibits as if looking through a magic lens.

Many science museums nowadays have incorporated the use of AR apps for mobile devices. Such apps add digital information to the exhibition, providing a unique experience. However, visitors must watch the screen from a certain distance away from the exhibited items, often causing them to focus more on the digital contents rather than the exhibits themselves. In other words, the distance and distractions that exist between the exhibit and the mobile device may actually cause the visitors to feel detached from the exhibition. To solve this problem, museums needed a magic AR lens that could be used directly from the surface of the item.

To accomplish this, smartphones must know exactly where on the surface of an object it is placed. Generally, this would require an additional recognition device either on the inside or on the surface of the item, or a special pattern printed on its surface. Realistically speaking, these are impractical solutions, as exhibits would either appear overly complex or face spatial restrictions.

WonderScope, on the other hand, uses a much more practical method to identify the location of a smartphone on the surface of an exhibit. First, it reads a small RFID tag attached to the surface of an object, and calculates the location of the moving smartphone by adding its relative movements based on the readings from an optical displacement sensor and an acceleration sensor. The research team also took into consideration the height of the smartphone, and the characteristics of the surface profile in order to calculate the device’s position more accurately. By attaching or embedding RFID tags on exhibits, visitors can easily experience the effects of a magic AR lens through their smartphones.

For its wider use, WonderScope must be able to locate itself from various types of exhibit surfaces. To this end, WoderScope uses readings from an optical displacement sensor and an acceleration sensor with complementary characteristics, allowing stable locating capacities on various textures including paper, stone, wood, plastic, acrylic, and glass, as well as surfaces with physical patterns or irregularities. As a result, WonderScope can identify its location from a distance as close as 4 centimeters from an object, also enabling simple three-dimensional interactions near the surface of the exhibits.

The research team developed various case project templates and WonderScope support tools to allow the facile production of smartphone apps that use general-purpose virtual reality (VR) and the game engine Unity. WonderScope is also compatible with various types of devices that run on the Android operating system, including smartwatches, smartphones, and tablets, allowing it to be applied to exhibitions in many forms. 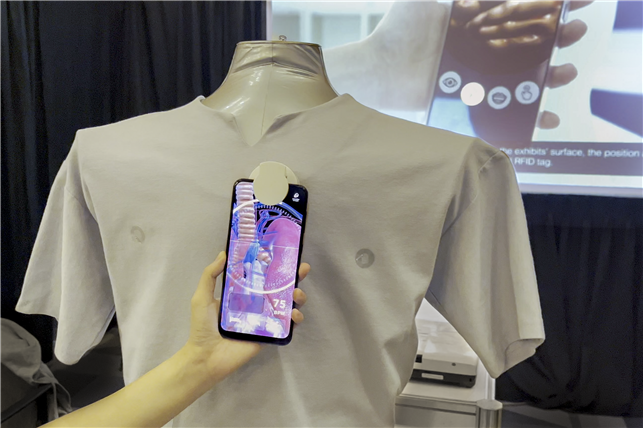 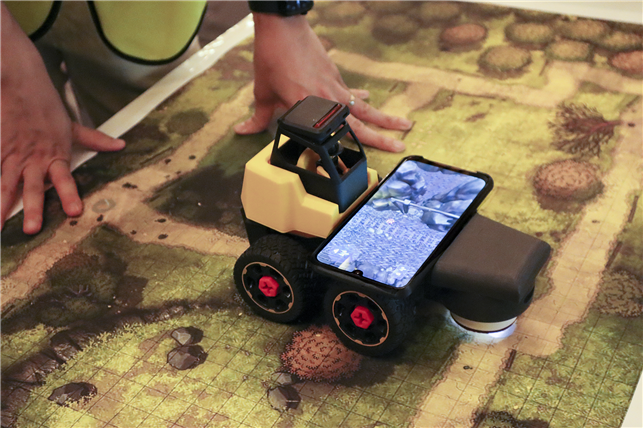 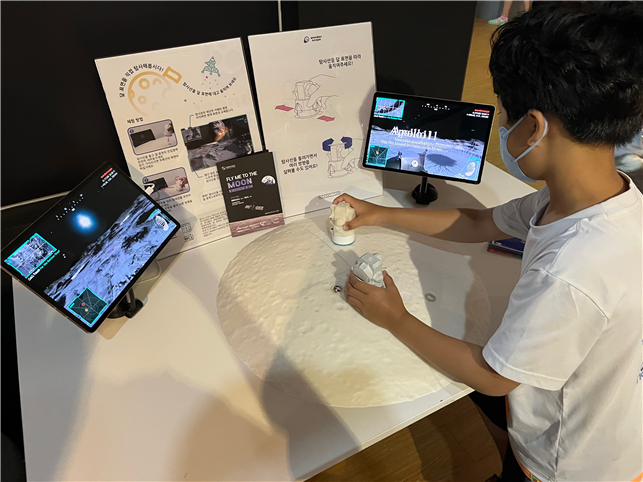 The research team developed WonderScope with funding from the science and culture exhibition enhancement support project by the Ministry of Science and ICT. Between October 27, 2020 and February 28, 2021, WonderScope was used to observe underground volcanic activity and the insides of volcanic rocks at “There Once was a Volcano”, a special exhibition held at the Geological Museum in the Korea institute of Geoscience and Mineral Resources (KIGAM). From September 28 to October 3, 2021, it was used to observe the surface of Jung-moon-kyung (a bronze mirror with fine linear design) at the special exhibition “A Bronze Mirror Shines on Science” at the National Science Museum. And from August 2 to October 3, 2022 it was applied to a moon landing simulation at “The Special Exhibition on Moon Exploration”, also at the National Science Museum. Through various field demonstrations over the years, the research team has improved the performance and usability of WonderScope. 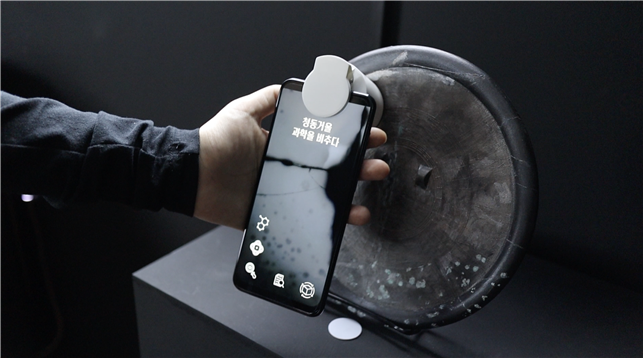 < Photo 5. Observation of surface corrosion of the main gate >

The research team demonstrated WonderScope at the Emerging Technologies forum during ACM SIGGRAPH 2022, a computer graphics and interaction technology conference that was held in Vancouver, Canada between August 8 and 11 this year. At this conference, where the latest interactive technologies are introduced, the team won an Honorable Mention for Best in Show. The judges commented that “WonderScope will be a new technology that provides the audience with a unique joy of participation during their visits to exhibitions and museums.” 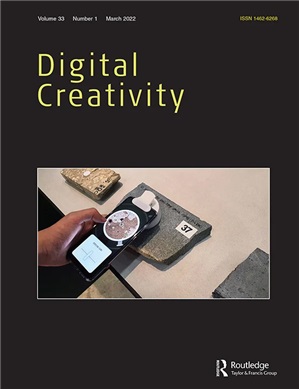 WonderScope is a cylindrical “appcessory” module, 5cm in diameter and 4.5cm in height. It is small enough to be easily attached to a smartphone and embedded on most exhibits. Professor Woohun Lee from the KAIST Department of Industrial Design, who supervised the research, said, “WonderScope can be applied to various applications including not only educational, but also industrial exhibitions, in many ways.” He added, “We also expect for it to be used as an interactive teaching tool that stimulates children’s curiosity.”