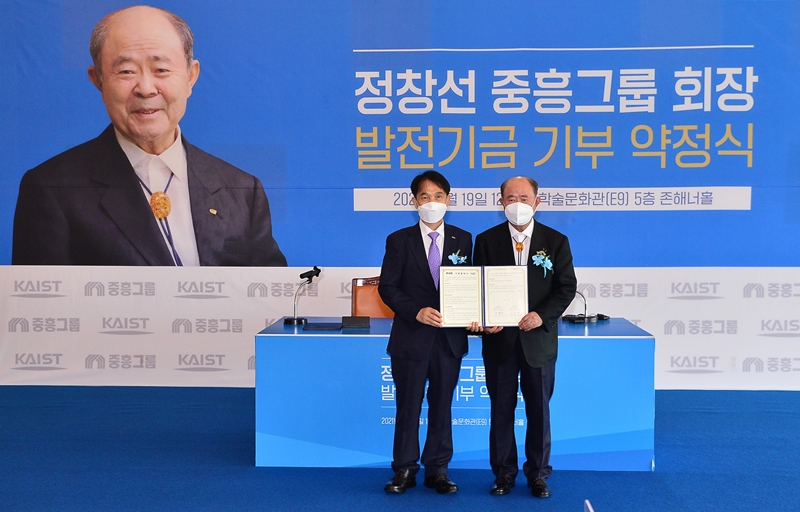 Jungheung Group, a construction company in Korea, made a pledge to donate 30 billion KRW for semiconductor research and education at KAIST. Junghueng will spend 20 billion KRW to construct the semiconductor education and research facilities that will be established in Pyeongtaek City in collaboration with Samsung Electronics, and 10 billion will go for supporting the educational training program. The pledge ceremony was held at the Daejeon campus with Jungheung Group Chairman Chang-Sun Jung, KAIST President Kwang Hyung Lee, and Pyeongtaek City Mayor Jang-Seon Jung in attendance.

Chairman said, “The only way to earn a competitive edge in this era of technology hegemony is to invest in young talents in the science and technology fields. They will grow up to be excellent experts who will feed tens of thousands of people.” He added, “Donating to nurture future talents is the most rewarding investment we can make for the future.”

Mayor Jung also expressed high hopes for the advancement of KAIST into ‘Brain City,’ a complex designated with Samsung Electronics for the semiconductor industry.